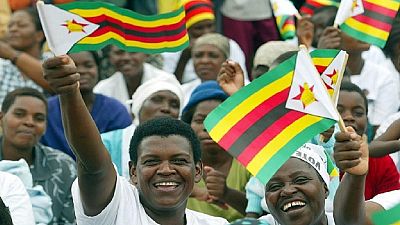 A group of eminent global leaders known as the Elders have waded into the resignation of Zimbabwe’s Robert Mugabe.

In a tweet issued hours after the 93-year-old’s resignation, the Elders said the southern African country now had an opportunity to chart a new national course going forward.

“Mugabe’s resignation offers a huge chance for the people of Zimbabwe to chart a new course towards a peaceful, prosperous & inclusive future,” they said.

They urged all leaders to heed the advice of former United Nations Secretary General, Kofi Annan who on Monday said “All of the country’s leaders must put the interest of the nation first and work together”.

The Elders had in August last year stated that Zimbabwe was in a period of transition tasking the regional bloc, SADC, to play a key role in the process.

“We firmly believe that a successful transition is vital not only for Zimbabwe but also for the region […] we are also convinced that, if the transition process is to succeed, it must be inclusive, transparent and framed in the national interest,” the Elders said at the time.

Mugabe resigned as president after 37 years in charge of the country. He spent seven years as Prime Minister immediately after independence in 1980 and has been president for 30 years thereafter.

The firing of his immediate past vice-president, Emmerson Mnangagwa, led the army to intervene in what they said were illegal purges in the ruling ZANU-PF. Mugabe resisted pressure to resign till today, exactly a week after the army stepped in.