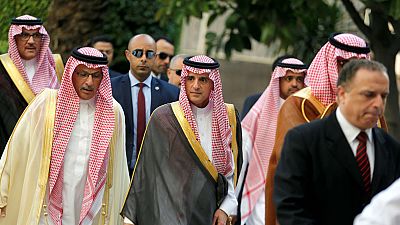 Saudi Arabia and other Arab foreign ministers have criticised Iran and its Shi’ite ally Hezbollah at an emergency meeting of the Arab League at it headquaters in Cairo.

Saudi Arabia warned it would not stand by in the face of Iranian aggression as Bahrain said Iran-backed Hezbollah was in total control of Lebanon.

The League’s General Secretary Ahmed Abul Gheit,said he might raise the matter with the UN^s security Council.

“I hope that the Iranians will change their policies and behaviour, and hope that they have received the message in Iran that there is Arab anger.”

While in Israel a cabinet minister has publically claimed his country has had covert contacts with Saudi Arabia amid common concerns over Iran.

#BREAKING: #Arab League: We will not declare war on #Iran at this stage https://t.co/NLxp2h4fPw pic.twitter.com/iiOWg94ZSy