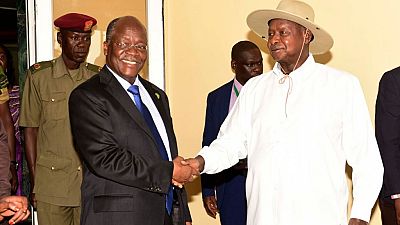 The court ordered a formal investigation on Thursday into crimes committed in Burundi from April 2015 to October 2017.

“Ugandan President Yoweri Museveni has condemned the decision of the International Criminal Court (ICC), which ordered its prosecutor to launch an investigation into the Burundi conflict,” Tanzania’s presidency said in a statement on Saturday.

The statement was issued after Tanzanian president John Magufuli ended a three-day visit to Uganda where he held talks with Museveni on Burundi and other matters.

Burundi plunged into violence in April 2015 after President Pierre Nkurunziza said he would seek a third term in office, triggering protests and a crackdown by security forces.

He won re-election that July, but most opponents boycotted the vote, saying his decision to stand violated the constitution and the terms of a peace agreement that had ended a war in the central African country.

Government forces are suspected to have killed more than 1,000 people and displaced 400,000 during a crackdown after the election, although rights groups say the number killed could be higher. The court is investigating crimes against humanity that include murder, torture, rape and persecution.

Tanzania, which hosts thousands of Burundian refugees, and Uganda have been engaged in months of diplomatic efforts aimed at restoring peace in Burundi. So far, there has been little progress.

“Museveni … said the ICC is interfering in EAC affairs without consulting regional leaders, which is a wrong move that undermines previous peacemaking efforts in Burundi,” said the statement.

“Magufuli said the move (by the ICC) was going against efforts already taken by the East African Community, which include appointing a mediation committee for the Burundi peace process led by former Tanzanian president Benjamin Mkapa,” the statement said.

Regional mediators of the Burundi peace talks are expected to hold another round of talks on Nov. 23, the Tanzanian presidency said.

Magufuli said security concerns in Burundi have been exaggerated, citing a recent voluntary repatriation of Burundian refugees from Tanzania.

Last month Burundi became the first nation to withdraw from the court, amid growing criticism from African leaders who complain prosecutors are excessively targeting Africans.