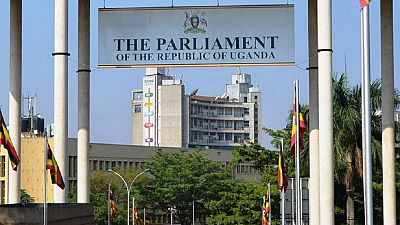 Ugandan parliament speaker Jacob Oulanyah has deferred the presidential age limit debate to next week over heavy police deployment around the House, the capital Kampala and some parts of the country.

The speaker’s decision follows a motion for adjournment filed by the leader of opposition Winnie Kiizahas who described the action by the police as a “parliamentary coup” and a siege to humiliate members.

There was tension Thursday morning when police arrested five Makerere University students and the Mayor of the capital city Kampala Erias Lukwago, while offices of the opposition Forum for Democratic Change (FDC) were sealed off to stop planned protests against the removal of presidential age limits.

The police had deployed heavily armed security officials to parliament with a helicopter hovering around the area and members stopped from entering the vicinity with their cars including the speaker who was made to access the House from the back door.

Members of Parliament had to walk to parliament and some had their houses surrounded while cars of some members were impounded, Honourable Winnie Kiizahas explained on the floor.

“We all have mobile phones and if you thought there was danger, you could have called us to stay at home. It is more dangerous to make us walk to parliament in the glare of the danger you are protecting us from,” she said.

The Prime Minister Ruhakana Rugunda explained on the floor that there were tensions for about a week and some members had seen violence on their way to the parliament.

He was heckled by the members, especially the opposition to prove his statement.