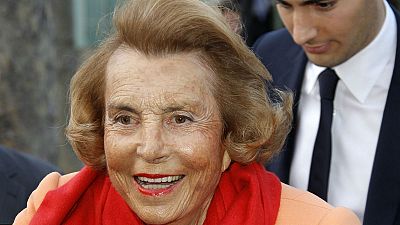 L’Oréal heiress Liliane Bettencourt has died at the age of 94, her family said on Thursday.

The elderly widow was the world’s richest woman, with a net worth of more than 37 billion euros, according to Forbes.

Her father, chemist Eugene Schueller, founded the cosmetics empire in 1907.

She is survived by her only child, Françoise Bettencourt-Meyers, and two grandchildren. Her grandson, Jean-Victor Meyers, replaced her on L’Oréal’s board in 2012.

Bettencourt found herself entangled in a high-profile family scandal in 2007 when her daughter sued celebrity photographer François-Marie Banier, accusing him of exploiting her mother’s frailty, after it was revealed he had received an estimated €1 billion in cash and gifts from Bettencourt.

Mother and daughter eventually reconciled in 2010, but Bettencourt was diagnosed with dementia and placed under legal guardianship of her family in 2011.

Her name also remains associated with a major political scandal that ensnared the conservative administration of President Nicolas Sarkozy.

His labour minister at the time, Eric Woerth, was forced out of the government in 2010 and placed under formal investigation in 2012 on charges he accepted illegal campaign donations from Bettencourt for Sarkozy’s 2007 election campaign. He was later cleared.

Sarkozy himself was then accused of abusing Bettencourt’s frailty but prosecutors ultimately dropped the charges in 2013, removing a key hurdle to his comeback in the 2017 presidential campaign.