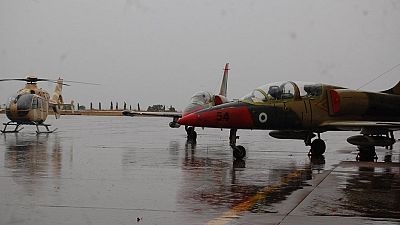 The Nigerian Air Force (NAF) on Wednesday disclosed that it was joining an operation codenamed ‘Python Dance’ in the country’s southeast.

The operation officially known as ‘Exercise Egwu Eke’ currently in its second phase is aimed at combating security challenges in the Southeastern part of the country.

“The essence of the deployment is to provide the necessary air cover to the ground troops to enhance overall operational cohesion and efficiency.

The essence of the deployment is to provide the necessary air cover to the ground troops to enhance overall operational cohesion and efficiency.

“The deployment of the air assets in support of the Nigerian Army is thus in fulfillment of one of the constitutional mandates of the NAF,” an official statement read.

NAF said some of the air assets deployed included the Alpha Jet aircraft, to its 115 Special Operations Group in Port Harcourt, to support the operation.

Even though ‘Python Dance’ is to combat security challenges it has become almost synonymous with clashes with separatist group, Indigenous People of Biafra (IPOB). The Army recently backtracked on a declaration that the pro-Biafra group’s activities were illegal and amounted to terrorism.

The leader of IPOB, Nnamdi Kanu, now missing according to the military was detained for over a year and half on charges of treason. He was only released in April this year. He went missing after the military clashed with IPOB members at his home in Umuahia in Nigeria’s Abia State.

Kanu is pushing for a separate republic of Biafra nearly 50 years after a previous declaration of independence sparked a civil war which left more than a million people dead. Members of the group have occasionally clashed with members of Nigeria’s security apparatus during protests.