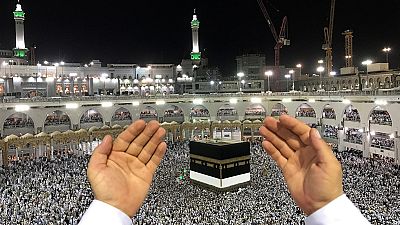 <p>Muslims from around the world are gathered in Saudi Arabia to undertake the rites of the annual Hajj pilgrimage.</p> <p>The Hajj is on record as the most attended annual gathering, it pools together over two million Muslims who undergo rites in a number of historic and holy sites in the blessed land of Makkah.</p> <p>According to records, the Saudi government operates a quota system for particularly Muslim majority nations. Africa occupies four slots in the top 10 pilgrim contributing countries for this year.</p> <p>According to figures published by Gulf news channel Al Jazeera, Egypt with 108,000 pilgrims was Africa’s largest contingent even though they placed fifth on the list. The top contributor was Indonesia followed by India, Pakistan and Bangladesh in that order.</p> <p>Other African countries that made the top 10 are Nigeria (79,000), Africa’s most populous nation is sandwiched by Iran and Turkey. Algeria (36,000) and Morocco (31,000) complete the top 10 list.</p> <p>According to the Saudi Press Agency as at August 26, 2017; exactly 1,584,269 million people had arrived in the country purposefully for Hajj. Majority arrived via air (1,483,522), others came by sea (14,598) and by land (86,149).</p> <p>The Hajj is one of the pillars of Islam. It is an annual pilgrimage to Saudi Arabia – where pilgrims observe a number of rites concentrated in the city of Makkah. It is a once in a lifetime event, even though a person can observe it multiple times.</p> <h3>Hajj Ritual</h3> <p>The Hajj ritual is traced back to the time of the Prophet Abraham by Muslims. It is a religious obligation to embark on Hajj at least once in a lifetime of every Muslim who can afford it.</p> <p>Hajj is observed for five days in the last month of the Islamic lunar calendar and is one of the five pillars of Islam.</p> <p>Male pilgrims wear two white seamless cloths called Ihram which is meant to show equality before God.</p> One of the cloths is wrapped around the waist reaching below the knee and the other draped over the left shoulder and tied at the right side. <p>For female pilgrims, they are allowed to wear any Islamically approved dresses when they reach the Miqat (a destination where intent is declared depending on where you are coming from).</p> <p>The pilgrims perform ablution at the Miqat, declare their intention for Hajj and then refrain from all the prohibited activities including sexual relations, using perfumes, cutting nails, shaving, killing animals among others.</p> <p>On the first day of Hajj, the pilgrims walk seven times around the Kaaba and kiss the black stone or point at it and pray if they can’t reach it.</p> <p>This is followed by prayers inside the mosque near the Kaaba and then drink water from the Zamzam well which is believed to have gushed out where Abraham’s crying son Ishmael was placed when his mother went out looking for water for him.</p> <p>The pilgrims then move to the Safa and Marwah hills near the Kaaba where they run or walk seven times between the hills like Ishmael’s mother Hagar did in search of water for her son.</p> <p>The male pilgrims then completely shave their heads while the females cut a piece of their hair to signal the end of the ritual in Mecca called Umrah.</p> <p>After the morning prayer, the pilgrims proceed to Mina where they spend the whole day in prayer. </p> <p>They move to Arafat the next day and stand in vigil from noon to sunset to offer supplications, seek repentance and listen to sermons from where Prophet Muhammad is believed to have delivered his last sermon. The ritual at Arafat is compulsory to fulfil a Hajj successful.</p> <p>The pilgrims leave Arafat for Muzdalifah where they combine two prayers and spend the night in the open and gather pebbles for the next day’s ritual.</p> <p>They move to Mina to perform the symbolic stoning of the devil by throwing seven pebbles at the largest of three pillars.</p> <p>Animals are slaughtered after throwing the pebbles to commemorate Abraham’s sacrifice to God. This is simultaneous with the Eid al-Adha festival of sacrifice celebrated by Muslims worldwide.</p> <p>The male pilgrims shave their hairs after the sacrifice and females clips pieces of their hair. They then head to the holy mosque at Mecca for another circumambulation of the Kaaba. </p> <p>On the fourth day, the pilgrims go to Mina and throw seven pebbles at each of the three pillars. The same ritual is done on the fifth day and the sixth if the pilgrim is not able to return to Mecca.</p> <p>Before leaving Mecca, the pilgrims perform another circumambulation of the Kaaba for seven times anti-clockwise.</p> <p>This ends the Hajj ritual.</p> 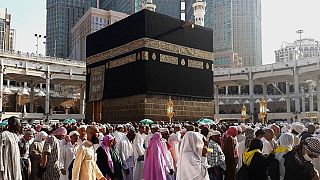 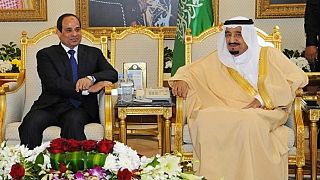 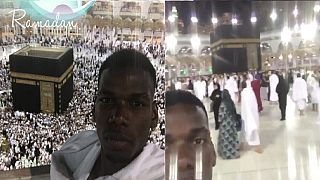