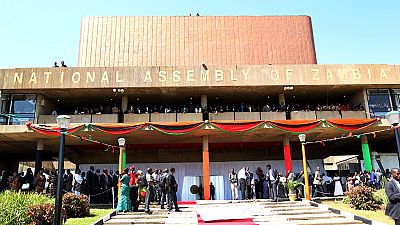 <h3>Opposition United Party for National Development (<span class="caps">UPND</span>) have dragged the legislature to court for approving the state of emergency in the absence of suspended Members of Parliament.</h3> <p><span class="caps">UPND</span> Secretary General Stephen Katuta filed a case at the Constitutional Court on Wednesday saying the MPs were disenfranchised, he claimed in the affidavit cited by local media.</p> <p>“By reason of the foregoing, I have filed an originating summons to call for the interpretation of Article 31(2) of the Constitution of Zambia and impugn the decision of the Speaker to proceed in the absence of the <span class="caps">UPND</span> members of Parliament to approve the declaration,” he said.</p> <p>Zambia’s parliament approved the three-month state of emergency invoked by president Edgar Lungu on Tuesday.</p> <p>President Lungu invoked a constitutional clause last week in response to the recent market fires suspected to have been deliberately sparked by arsonists.</p> <p>85 members of parliament out of 118 voted in favour of the state of emergency, 34 exempted themselves from voting and none voted against it.</p> <p><span class="caps">UPND</span>’s 46 members of parliament could not vote on the state of emergency due to the 30-day suspension they are serving for boycotting President Edgar Lungu’s address to parliament in March.</p> <p>The main opposition party United Party for National Development (<span class="caps">UPND</span>) had strongly opposed the state of emergency saying the security services are not equipped to enforce the law.</p> <p>The opposition Green Party also said a state of emergency is “violent response to violence”.</p> <p>Its leader, Peter Sinkamba explained in a statement that the measure will rather increase tensions and divisions in the country as well as deprive citizens of their constitutional rights.</p> <p>President Lungu however assured the public that “all law abiding citizens will not be impacted by this decision and should continue to go about their daily routines normally”.</p>