Ethiopia’s Tedros takes office: Tasks ahead for the non-physician who leads WHO 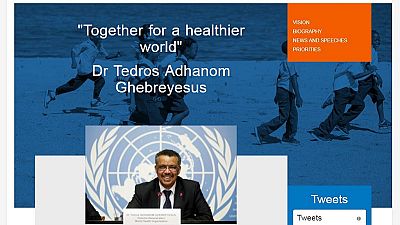 Global healthcare chalked a piece of history on May 23, 2017, with the election of Ethiopia’s Tedros Adhanom Ghebreyesus as new head of the World Health Organization (WHO).

The epoch-making feat of Tedros stemmed from three main facts, he is the first African to occupy the post since the WHO was founded 69 years ago. Of significant note is the fact that the African Union (AU) expressly endorsed his candidature from the blast of the whistle.

He is the first Director-General (DG) to be voted for by the entirety of the World Health Assembly – the WHO’s decision-making body.

The solution now is … we need to expand the donor base, if we can have as many countries as possible that can contribute … any amount, I think that will help. By expanding the donor base, we help health financing to have a kind of shock absorber.

He is also the first non-physician to become DG of WHO. His ‘Doctor’ title is because he holds a PhD in community health. His campaign touted the 52-year-old as a health-sector player with strong diplomatic and technocratic inclinations.

But the former health and foreign affairs minister of Ethiopia has his job laid out for him in the plush Geneva offices when he finally replaces Margaret Chan, whose legacy in the last decade has been somewhat tainted by the Ebola outbreak in West Africa and matters arising therefrom.

Tedros like the two other contenders – the United Kingdom’s David Nabarro and Pakistan’s Sania Nishtar – knew the challenges that the WHO was facing and each brought their ideas on how to fix the all too known issues. It only happens that Tedros’ appealed better.

So what are the real issues that the WHO faces?

Preparedness for crisis response – Avoiding a repeat of Ebola misfire

As the leading health agency of the world, the WHO is expected at all material times to display just that, leadership.

The lukewarm or lack of leadership displayed in the wake of the Ebola outbreak in West Africa brought the United Nations (UN) body into disrepute – a fact that the body has acknowledged and promised to avoid a repeat of.

The WHO is blamed for failing to spot key warning signs of the severity of the outbreak in West Africa four years ago (October 2013). An estimated 11,000 people died during the period.

Funding challenges and US aid cuts – Trumping the Trump cramp

The WHO is facing a looming financial cutback with the decision by the Trump administration to review its contributions to international organizations. The United States is the biggest financial backer of the UN.

A cautious Tedros speaking a day after his poll victory admits that whiles he remained hopeful that the US will not ‘starve’ the WHO, the real solution to funding was an expansion of the donor base of the body.

“The solution now is … we need to expand the donor base, if we can have as many countries as possible that can contribute … any amount, I think that will help. By expanding the donor base, we help health financing to have a kind of shock absorber,’ he said.

The WHO has over the years been the subject of financial misdealings which needs to be reset. That will be a job that rests on the entire system but more on the man at the helm of affairs.

The most recent case of the need to restructure the body was contained in a report carried by the AP news agency. It suggested that in 2016, the WHO spent more money on travels that they did on three diseases combined – AIDS, Tuberculosis and malaria.

The overall cost of $200 million in travels outweighed the $191 million decicated to the three diseases, a situation experts said was going to make the WHO’s fundraising efforts even more difficult.

The executive secretary of outgoing boss, Margaret Chan, is on record to have said WHO’s audit-Committee chief has expressed misgivings about waste in the system. ‘We as an organization, sometimes function as if rules are there to be broken and that exceptions are the rule rather than the norm,’ Ian Smith said.

The body’s annual budget of $2 billion is drawn from taxpayer-contributions from its member nations. The body also launches appeals for countries affected by health crisis. The most recent being $100m to avert famine in Somalia and $126m to help deal with the raging Syrian crisis.

Tedros’ successes as health minister in Ethiopia were among the key selling points during the campaign and it sure must have won him some votes but there is a clear distinction between leading a national healthcare system as compared to being the world’s foremost healthcare personnel.

The race to universal healthcare is one that all three candidates spoke about, it is the ideal situation but on the ground there are practical realities that one has to direct their minds and attention to.

There are undoubtedly areas that would appear similar and which can be replicated but for the better part of time there will be the need for well thought out plans of action to secure the health of the over 7 billion people living on planet earth.

The celebrations are in line and deservedly so, that was a well fought battle that scaled a late landmine – the belated unsubstantiated allegation that Tedros covered up Cholera epidemics during his time as health minister – with that over, it’s time to roll up the sleeves and get to work. 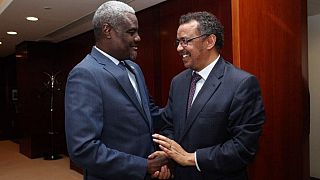 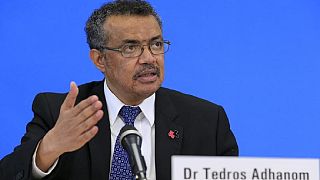 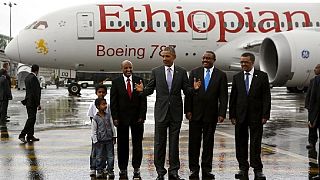