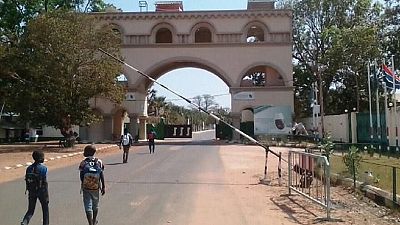 One person was declared dead, two injured and 22 arrested after a protest on Friday night in the village of former Gambian President Yahya Jammeh against the presence of ECOWAS forces referred to as ECOMIG.

The figures were disclosed by Interior Minister Mai Ahmed Fatty in a televised statement on Saturday adding that efforts are being made to arrest leaders of the Kanilai village who are behind the illegal protest.

“During the exchange two protesters and one ECOMIG officer were injured. Unfortunately, one of the injured protestors died this morning at the EFST Hospital in Banjul … There were 22 people arrested from the incident while the village head of Kanilai and others went into hiding but efforts are on the way to find them,” he said.

He added that an emergency security meeting has been convened by the president to address the situation but warned the public to abide by the laws of the country.

“You either abide by the law or you will be consume by the law,” he said, justifying the presence of the ECOMIG forces who were deployed to the country after the refusal of Jammeh to step down when he lost the December 1 elections.

President Adama barrow said on Sunday that the Kanilai event is violent and cannot be tolerated again.

“I’ll promote democracy,freedom & reconciliation. Kanilia event is violence & no respect for rule of law. I’ll not tolerate it again #Gambia,” he tweeted from Liberia’s capital Monrovia where he is attending the 51st ECOWAS Summit.

According to local media, some of the protesters were wielding homemade weapons threatening security forces who controlled the situation.

The protesters were also reported to have called for the ECOMIG forces to leave the residence of the former president where they are based.

Yahya Jammeh is in exile in Equatorial Guinea and over 200 of his assets in The Gambia have been frozen, with a number of them in the control of his siblings in Kanilai.

He ruled the country for 22 years and for six weeks he refused to accept his election defeat by Adama Barrow. Jammeh finally agreed to leave power after the ECOMIG military intervention and last minute negotiations by Presidents of Guinea and Mauritania.

There are hundreds of ECOMIG forces presently in The Gambia upon the request of President Adama Barrow to maintain security. 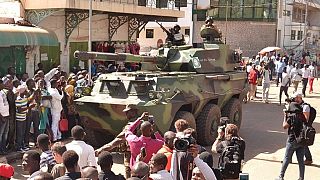 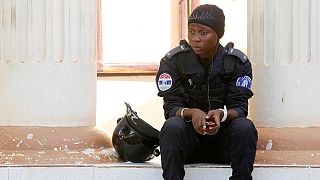 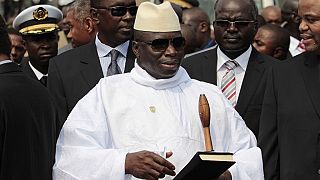