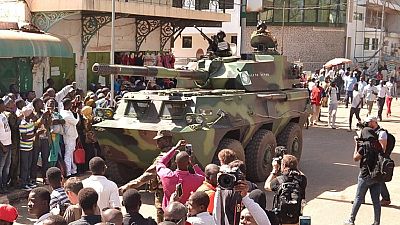 Six people have been seriously wounded in the Gambia after supporters of ex-President Yahya Jammeh clashed with regional forces deployed in the wake of post-election crisis earlier this year.

A local journalist, Alhagie Jobe, tweeted that the cause of the clash was because the Jammeh loyalists were protesting the presence of the ECOWAS Mission in Gambia (ECOMIG) forces at the residence Jammeh located in his village, Kanilai.

He added that the forces fired live ammunition at the supporters at some point leading to the injuries. Photos being shared on social media showed a bloodied man with his arm in a sling. ECOMIG and the government has yet to comment on the incident.

According to local media sources, of the six injured persons, three were in critical condition at the Edward Francis Hospital.

Regional forces were deployed under the orders of the Economic Community of West African States to oust long serving Jammeh after he backtracked on his decision to step down after surprisingly losing elections to coalition candidate at the time Adama Barrow.

After last minute negotiations by Presidents of Guinea and Mauritania, Jammeh flew into exile. He is currently resident in Equatorial Guinea. Barrow took office upon the expiration of Jammeh’s tenure in January at the Gambian embassy in Senegal.

Jammeh ruled for 22 years after coming to power in a bloodless coup as a young soldier. Barrow on the other hand, a political newcomer, contested on the ticket of seven opposition parties. He has promised to respect rights of citizens and also restore the Gambia to its former glory. 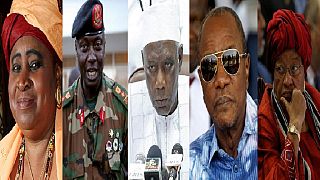