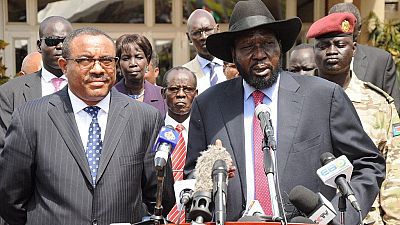 Intelligence officials in South Sudan have reportedly arrested six Ethiopian rebels in the capital, Juba. The detained rebels are said to belong to the Ethiopian Unity Patriot Front (EUPF).

The reason for the arrest is on allegations that they were involved in gun buying from hungry militia groups without the knowledge of the South Sudan government.

The EUPF rebels have been fighting the government in Addis Ababa for over a decade. The group’s leader recently sealed a deal with Addis after mediation involving Juba.

The reason behind the arrest of his group in Juba was because they were buying guns from the hungry Mathiang Anyor militias without the knowledge of South Sudan government.

The leader of the group, General Thowath Pal Chay, however, accused his spokesperson of being behind the detentions. Allegations that Colonel Pal Ojulu denied in an interview with the South Sudan Tribune.

‘‘I was not aware of the arrest of his groups which he formed in Juba without the knowledge of South Sudan government and reports of arrests by South Sudan National Security Service,’‘ he is quoted to have said.

He went on to accuse the general of abandoning his troops and entering a deal with the Ethiopian regime without conferring with his top heirarchy. He also admitted that the Juba government supported EUPF members who lived in the country.

“The reason behind the arrest of his group in Juba was because they were buying guns from the hungry Mathiang Anyor militias without the knowledge of South Sudan government,” he told the Sudan Tribune.

Ethiopia was at the heart of the failed peace process that plunged South Sudan into political crisis. Together with Kenya and Sudan, they mediated peace talks between President Salva Kiir and his former first deputy, Riek Machar.

Ethiopia despite their own internal security issues are seen as a key player for the stability of the Horn of Africa region. Their forces are engaged in the fight against Al-Shabaab insurgents in Somalia. 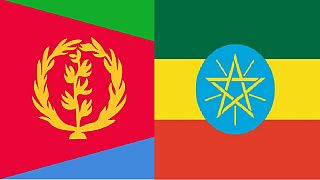 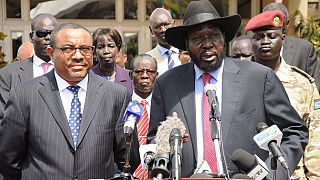