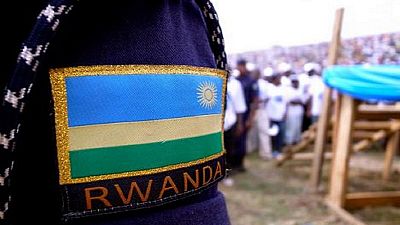 Rwandan nationals have staged an online protest on Wednesday against French media France 24 for using a Rwandan peacekeeper’s picture for a story on sexual abuse allegations against French soldiers in the Central African Republic.

The protest was sparked by the fact that a picture of French soldiers was not used for the story which was originally written by French news agency Agence France-Presse (AFP) with the headline: French prosecutors want Central Africa child-rape case dropped.

#SomeoneTellFrance24 please next time use your own soldiers on these posts. That's not our mission but to protect and keep peace pic.twitter.com/KMACZyLuQZ

The protesters called on France 24 to change the image, delete the tweet and then apologise to Rwanda.

The French media has however deleted the picture and tweet yet the accusations keep heightening because the picture was not replaced with that of French soldiers.

#SomeoneTellFrance24 why have FRANCE24 chosen Rwanda policeman to be the whipping boy? just removed the pic,& didn't use 1 of thr soldiers pic.twitter.com/HMg6BZqzfV

The hashtag keeps trending on both Facebook and Twitter demanding an apology while others accused the news media of bias.

They should also be apologetic about their pessimistic actions! Enough with disrespecting Rwanda. #SomeoneTellFrance24

An online petition was launched Wednesday morning by Rwandan national Innocent Kaneza calling on France 24 to “officially apologize to Rwanda and the international community for such defamation”.

As at Wednesday evening, over 50 people have supported the petition which is addressed to France 24, the French government and AFP.

The hashtag has been used before in 2013, 2015 and March 2016 by both Kenyans and Rwandans in protest against stroies published by the French media.

#someonetellFrance24 bad news is good news but be more positive about our country Kenya.

Online protests against media reportage are gaining popularity in Africa with the most recent incident in December last year when Ghanaians condemned a report by American television network Cable News Network (CNN) claiming Ghanaians were “struggling to obtain food and services”.

The protest led to an update of the article including an Editor’s Note acknowledging the mistakes.

Below are some social media reactions to France 24’s article in question.

This should be the right #Picture instead of using #Rwanda 's #PeaceKeepers #OperationSangaris #SomeOneTellFrance24 FRANCE24 , pic.twitter.com/iXVAbmaaAh

Use the pictures of French soldiers not innocent Rwandan peacekeeper. April genocide memorial is around the corner. #SomeoneTellFrance24

trying to tarnish Rwandan flag encourages Rwandans to work hard and prove you wrong! whatever u do Rwanda keeps moving #SomeoneTellFrance24

#SomeoneTellFrance24 that libel and slander have never been sure ways to distort facts. Peacekeeping isn't surely French troops' knowledge

Rwandan troops are known as the most professional &disciplined force in the entire UN peacekeeping mechanism worldwide. #SomeoneTellFrance24

#SomeoneTellFrance24 that they have to apologize to #Rwanda peacekeepers for their repeated mistakes. enough is enough FRANCE24

#SomeoneTellFrance24 that when their President fhollande was in Central Africa, #Rwanda Peacekeepers were in charge of his security. pic.twitter.com/ubILuGDlbK

Creepy, they removed the Rwandapolice officer's photo but they don't have the balls to post one of a French soldier #SomeoneTellFrance24 pic.twitter.com/fD1rN6FOBJ

Muzungu4 FRANCE24 Power of social media , they must just apologize to Rwandans, like head of Catholic Church #SomeoneTellFrance24