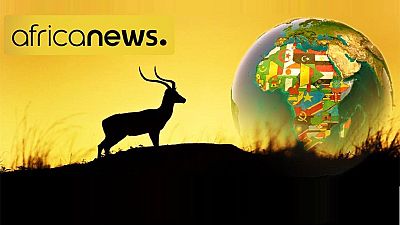 With a little over a month to a year of its TV launch, Africanews’ reach across French-speaking Africa continues to grow steadily.

In early December last year, figures from an Africascope survey indicated that over 1.7 million people in seven countries watched the channel on a weekly basis.

Barely three months on, a new Africascope survey indicates that the channel now enjoys a 38% awareness rating which translates to 6.3 million viewers. The weekly audience is pegged at 2 million – an increase of 300,000 from December last year.

The increase in the channel’s awareness ratings in just one year is a strong and deep source of motivation for our team in Pointe-Noire and its network of correspondents that extends throughout the world.

Countries used in the survey

The countries surveyed include Gabon, Cameroon, Ivory Coast, Senegal, Democratic Republic of Congo, Burkina Faso and Mali. The strongest awareness statistic is in Gabon where 2 out of every 3 respondents knew Africanews – i.e. 65% awareness.

The two other Central African countries surveyed, Cameroon and the Democratic Republic of Congo also proved receptive to the Africanews TV channel, with awareness levels for 2016 standing at 42% and 41% respectively.

In French-speaking West Africa, the channel is known by 1 in 3 respondents, with 37% in Ivory Coast and 30% in both Senegal and Burkina Faso stating their awareness of the news channel. Mali is the other country that was used for the study.

These findings were derived from the latest Africascope survey, conducted by Kantar TNS which has been measuring the audiences of national and international television channels and radio stations since 2008.

According to the survey, Africanews’ audience is young and more affluent than the average target population with the majority being men who make up 64% of the weekly viewership.

Africascope also highlights the strength of TV in all countries surveyed, with an average 90% of people aged 15 and over watching television daily, which amounts to 15.1 million viewers.

Africascope is the essential survey for measuring audience and awareness, and for understanding target groups’ profiles and consumer habits.

CEO of Euronews and President of Africanews, Michael Peters, expressed delight at the feat chalked less than a year after the launch, “On January 6th, Africanews celebrated the first anniversary of its digital launch.

‘‘The increase in the channel’s awareness ratings in just one year is a strong and deep source of motivation for our team in Pointe-Noire and its network of correspondents that extends throughout the world.

‘‘These results confirms the relevance of our vision and our strategic project, an editorial choice made in Africa by Africans, with factual information dedicated to Africans.

‘‘These audience results confirm the growing ascendancy of the news outlet in Sub-Saharan Africa which also witnesses an ever-increasing number of leading advertisers and partners which choose Africanews as a channel for their communications,” he added.

Africanews launched its online platform on January 4, 2016, and its television on April 20 as sub-Saharan Africa’s first multilingual and independent channel broadcasting from Pointe-Noire, Congo.

As a pan-African multilingual media source, its programmes are produced simultaneously in French and English and offers coverage of African and global news from a sub-Saharan perspective.

Africanews is a 100% Euronews subsidiary financed through advertising and distribution. Africanews adheres to the same editorial charter as its European sister channel, Euronews.

It broadcasts to 35 sub-Saharan Africa countries with a team of over 80 media professionals from 15 different nationalities. 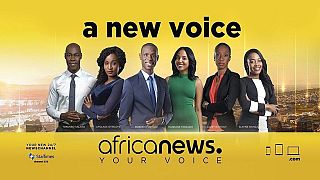