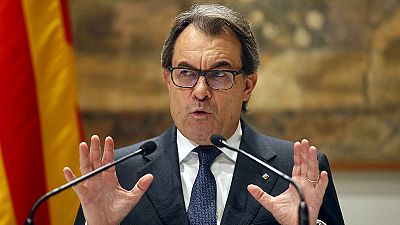 A defiant Artur Mas, the former Catalan president says he has nothing to apologise for as he goes on trial today for his role in the symbolic independence referendum staged in the region three years ago.

The vote was held in defiance of Spain’s constitutional court and Mas could face a 10-year ban on holding public office if convicted of criminal disobedience.

More than 80% of participants opted for independence in the non-binding vote, however, just under half of Catalonia’s eligible voters took part.

Artur Mas: “We did what we had to do. We would do it again. Tomorrow we will enter [court] with our heads held high” https://t.co/XU7xc4rlp5