Former President of Gambia Yahya Jammeh has agreed to step down and leave the country after mediators spent hours to convince him to relinquish power.

“I would like to inform you that Yaya Jammeh agreed to relinquish power and leave the country,” it was tweeted earlier.

A close aide of Barrow, Mai Ahmad Fatty confirmed to journalists in Banjul that Jammeh has agreed to step down.

A close aide to President Adama Barrow, Mai Fatty has confirmed to me that Yahyah Jammeh has agreed to step down. #Gambia.

Gambia’s army chief Ousman Badjie and the Inspector General of Police Yankuba Sonko had earlier in the day pledged allegiance to Barrow.

ECOWAS halted a joint military operation on Thursday for the final mediation and said if it was successful, Jammeh will travel to Guinea and then choose a country of exile while the possibility of amnesty is still open.

The details of his acceptance to step down and leave the country is yet to be disclosed. 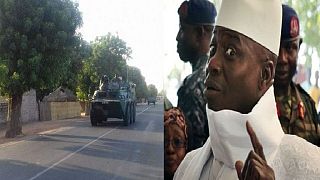 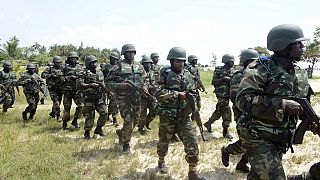