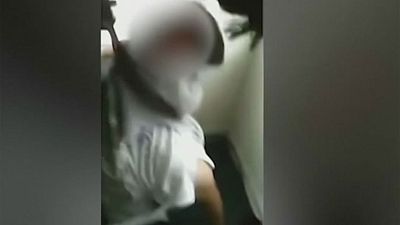 Chicago police have named four people charged with hate crimes, aggravated kidnap, battery, and other offences after the assault of a man believed to have special needs.

Jordan Hill, 18, Tesfaye Cooper, 18, Brittany Covington, 18, and Tanisha Covington, 24, are said to have live-streamed their attack on Facebook.

Their victim is seen cowering in a corner, bound and gagged, whilst he is beaten, partially scalped with a knife, his clothes are ripped, and a tie is tightened around his neck.

During the attack, the assailants are heard making derogatory remarks about white people and Donald Trump. Some of the speech on the video is slurred.

Police believe that the victim knew the quartet, who abducted him from the suburbs in a stolen van, and held him captive for between 24 and 48 hours.

Eddie Johnson, Chicago Police Department Superintendent, who had earlier described the attack as “sickening”, said that “the actions in that video are reprehensible, and, along with racism, have absolutely no place in the city of Chicago, or anywhere else for that matter, against anyone, regardless of their race, gender, state of mental health, or any other identifying factor”.

The hate crime aspect of the assault earlier gave rise to heated debate on twitter and other social media.

The victim was found wandering the streets in a traumatised and disorientated condition after the attack. He was taken to hospital, but the police found it difficult to encourage him to talk about what happened.

Questions have been asked about whether Facebook should have allowed such a disturbing video to be live-streamed on its site.

A spokesperson said in a statement: “We do not allow people to celebrate or glorify crimes on Facebook and have removed the original video for this reason. In many instances, though, when people share this type of content, they are doing so to condemn violence or raise awareness about it. In that case, the video would be allowed.”