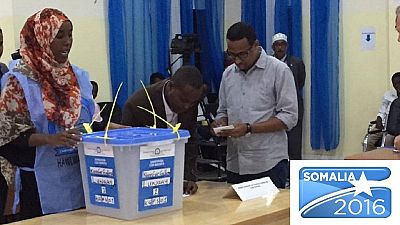 <p>A new date has been set for the the controversial presidential elections in Somalia after being postponed thrice</p> <p>According to the Associated Press, Somalia political leaders say the have agreed to hold the polls on December 28 but expect a new parliament to elect a speaker on December 22, before the parliament members elect a president on December 28.</p> <p>The president is not elected by popular vote. At least 14,000 delegates selected by their clans elect parliament members who then elect the president.</p> <p>Officials say voting for members of the upper house is almost complete while that for the lower house is just past the halfway mark.</p> <p>The vote was postponed over disputes over the process, bribery and fraud allegations.</p> <p>Opposition members insist that the ongoing process to elect law makers is marred by fraud in favour of the current administration’s hand-picked members.</p> <p>The election delays have worried the international community which has expressed interest in having the polls carried out this year.</p> <p>The delays magnify challenges of holding elections in the Horn of Africa country torn apart by war over the last 25 years, compounded by the threat of Al-shabaab Islamists and where clan rivalries dominate the political scene.</p>