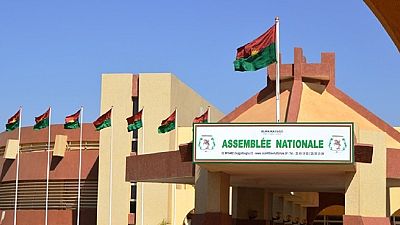 The speaker of the parliament in Burkina Faso has disclosed that touchscreen tablets given to Members of Parliament (MPs) by a Chinese company will be returned after it generated controversy relating to corruption.

“We are the result of a popular insurrection. Public opinion has stood up against these tablets, so the president, with all the deputies, decided to follow, to listen, and from there, to return the tablets to the government,” a parliamentarian of the majority side, Maxime Koné said.

All 127 members of the National Assembly were each given a tablet from Huawei Technologies in November. The total cost of the gadgets was estimated to be around 100,000 euros ($107,300).

The basis of the heat that the tablets have generated is that there is a current law that bans public servants from accepting gifts that costs more that $56. The law was promulgated in the wake of the 2014 popular uprising that lead to the ouster of President Blaise Compaore.

An anti-corruption movement REN-LAC led the protest by accusing the legislators of breaking the country’s laws. They strongly rebuked the parliament for accepting the gift.

The group believes the “gift” was connected with a recent contract relating to the construction of a fiber optic link between the capital, Ouagadougou and the Burkinabe border with Ghana. A project that cost nearly 4.7 billion CFA francs (7.5 million euros).

The National Assembly, had on Monday defended the receipt of the tablets arguing that the gift from the Chinese government was considered as “institutional support” that no “legislative or regulatory” provision prohibits.