'We are winning against AIDS epidemic, but we are not seeing progress' 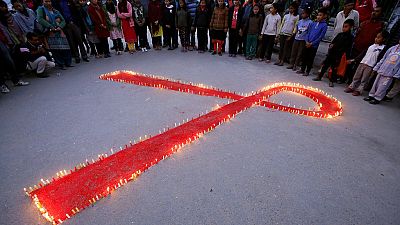 As the world marks World Aids Day, the UNAIDS says AIDS is not over, but it can be if the world collectively takes up the life-cycle approach so that children would be born free, kept free and stay free of HIV.

The Executive Director of UNAIDS, Under-Secretary-General of the United Nations, Michel Sidibé said in a World Aids Day message that it is not time to stop but double efforts to build on successful results to end AIDS by 2030.

“Coinfections of people living with HIV, such as tuberculosis (TB), cervical cancer and hepatitis C, are at risk of putting the 2020 target of fewer than 500 000 AIDS-related deaths out of reach … Taking AIDS out of isolation remains an imperative if the world is to reach the 2020 target,” he said.

Sidibe cautioned young women especially girls in sub-Saharan Africa, who he says are particularly at risk of becoming infected with HIV.

“We know that for girls in sub-Saharan Africa, the transition to adulthood is a particularly dangerous time. Young women are facing a triple threat: a high risk of HIV infection, low rates of HIV testing and poor adherence to HIV treatment,” he said.

He also advocated for easy access to tools that protect people from HIV including antiretroviral medicines as part of the “life-cycle approach to HIV that finds solutions for everyone at every stage of life.”

About 35 million people have died from AIDS-related illnesses since the first reported cases and more than 18 million people are on life-saving HIV treatment.

“The success we have achieved so far gives us hope for the future, but as we look ahead we must remember not to be complacent. We cannot stop now,” Michel Sidibé advised.