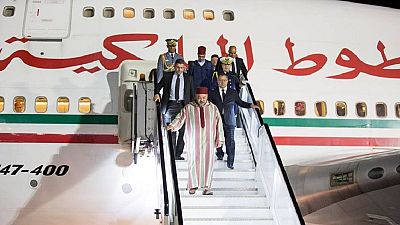 <p>Morocco signed an agreement on Saturday to invest over two billion dollars in Ethiopia over a five year period to build a fertilizer factory.</p> <p>The $2.4 billion to be invested between 2017 and 2022 in the 100 acre factory near the eastern city of Dire Daoua is expected to make Ethiopia self-sufficient by 2025.</p> <p>The deal was signed during the official visit of Moroccan King Mohammed VI to Ethiopia to strengthen its political and South/South partnership.</p> <p>The agreement is between Moroccan phosphate producer <span class="caps">OCP</span> Group and the Ethiopian government with the former financing the project.</p> <p>“This is our largest investment outside Morocco. Our goal is to reduce Ethiopia’s dependence on fertilizer imports,” he added. ,” <span class="caps">OCP</span> Group’s Chief Executive Officer Mostafa Terrab told the media.</p> <p>Details of the agreement were not made available, but the factory is expected to produce 80% of Ethiopia’s fertilizer by 2022 once the first phase is finished.</p> <p>Morocco also signed seven public bilateral conventions and agreements to cover areas including air services, tax cooperation, investment protection, agriculture and renewable energy.</p>