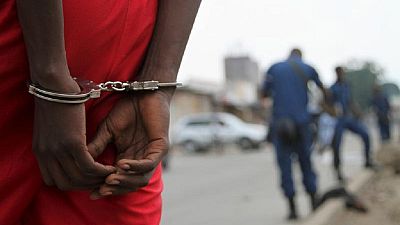 A court in Ethiopia has jailed a journalist to a year in prison on charges of defaming senior clergy members of the Ethiopian Orthodox Church. Prosecutors had pushed for a three-year jail term.

Getachew Worku, the editor-in-chief of the weekly Amharic independent newspaper, Ethio-Mihidar, was arrested over a week ago. He was kept in police custody till today’s ruling was delivered, the Addis Standard news portal reported.

The case was initiated by the powerful Orthodox Church following the publication of an article alleging corruption on the part of senior members of the clergy.

The case was specifically targeted at the Saint Mary’s Patriachal Monastery located in the capital, Addis Ababa.

Prosecutors argued for his sentence with the view that Getachew had breached Ethiopia’s criminal code article 613 under “defamation and spreading false information.’‘ The Church meanwhile have yet to comment on the ruling.