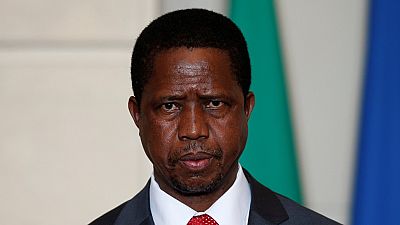 Zambia’s constitutional Court on Monday rejected a new attempt by the opposition to delay the inauguration of President Edgar Lungu, scheduled for Tuesday.

This is said to have happened in the presence of Zimbabwean president, Robert Mugabe.

Lungu won the August 11 presidential election in the first round with 50.35% of the vote.

The incumbent president was ahead of barely with 100,000 votes.

Barely 100,000 votes divided Lungu with the leader of the main opposition party, Hakainde Hichilema, who contested for the fifth time and garnered 47.6% of the votes.

Hichilema accuses his rival of election fraud and filed for an appeal for the annulment of the poll which was rejected by by the Constitutional Court last week.

The head of the United Party for National Development (UPND), on Friday called on voters to fight for “the restoration of their democratic rights,”

“The Court rejected (our) request”, he lamented on Monday before the press accompanied by one of his lawyers , Keith Mweemba.

The inauguration of Lungu is scheduled for Tuesday at a stadium in the capital, Lusaka.

His re-election for another five year term comes at a period when Zambia’s economy is reeling from the fall in copper prices, a key mineral resource.

Economic growth in the southern Africa country dropped by 3.2% in 2015, according to the World Bank.