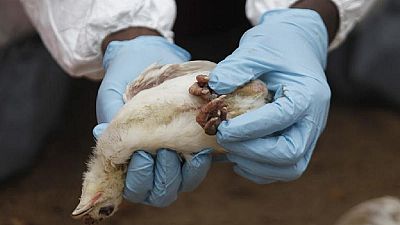 Hong Kong’s Centre for Food Safety (CFS) has announced a total ban on the importation of poultry meat and products, including poultry eggs from Togo effective Friday August 26.

According to the CFS, the action was to protect public health in Hong Kong in view of a notification from the World Organisation for Animal Health (OIE) about outbreaks of highly pathogenic H5N1 avian influenza in the west African country.

Togo reported two outbreaks of bird flu this week with the government announcing measures to prevent its spread. Poultry movements have been banned for a month in two regions, Agoe-Nyive and the Gulf.

The government has as part of preventive measures ordered a poultry in affected areas to be cull, the destruction of eggs and the supervision of markets in the capital Lome.

A CFS spokesman however noted that Hong Kong did not have any established protocol with Togo for imports of poultry meat and eggs and that there is no import of such commodities from Togo.

“The CFS has contacted the Togo authorities over the issue and will closely monitor information issued by the OIE on avian influenza outbreaks in the country. Appropriate action will be taken in response to the development of the situation,” the spokesman said.

According to the World Health Organization (WHO) the H5N1 bird flu has killed more than 400 people worldwide since its emergence in 2003.