Tanzania and Mozambique battle for investors on natural gas reserves 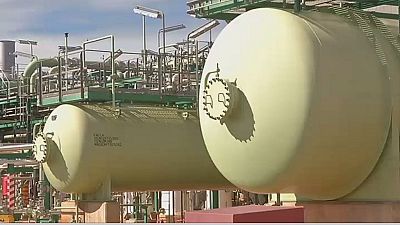 <p>Tanzania and Mozambique are placing high hopes for their economic future on their natural gas reserves. </p> <p>The recently discovered natural gas has pushed the Tanzania’s reserve to 54 trillion cubic feet, mainly found in Ruvuma basin in the south east regions of Lindi, Mtwara and parts of Coast Region. Mozambique, on the other hand, has 160 trillion cubic feet, in the same Ruvuma basin.</p> <p>The competition posed by the two countries to attract new investors to develop their gas field will give the multinationals a wider room to manoeuvre for better deals, leaving African resource-rich countries with peanuts.</p> <p>According to a report published by Energy Boardroom, despite the fact that the situation seems to have traditionally favoured Mozambique, many investors are considering Tanzania as the best partners even though it has fewer resources. </p> <p>Mozambique is set to default on an <span class="caps">IMF</span> loan amounting to $535 million which it took out to construct shipyards to service natural gas drilling off of its coast. The country’s credit ranking is also set to go low, a setback that will scare away investors.</p> <p>Tanzania has had a positive economic growth in the recent years. Records show the country’s economy is now the second fastest growing in the continent while Mozambique is the seventh largest.</p>