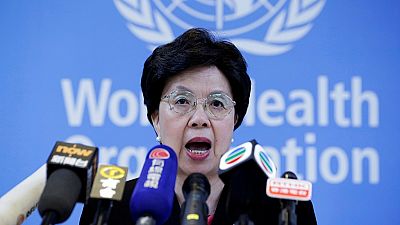 World Health Organisation Director General, Margaret Chan, said on Friday that the risk of Zika infection has been found to be both low and manageable.

The statement comes just a week to the opening of the 2016 Olympics games in Rio.

Host nation Brazil has been the hardest hit by the Zika outbreak with many competitors, physicians and would-be visitors expressing concern the Olympics could be a catalyst to spread the virus internationally.

Speaking to reporters in Beijing, Chan said the assessment made by the WHO was based on the latest understanding of the disease and actions taken by Brazil’s government.

“We feel that the risk of Zika infection is low for an individual, and it is manageable. As long as individuals take, you know, appropriate personal protected measures including the use of a mosquito repellent, including wearing, you know, clothing that prevent mosquito bite. And also when you go to Brazil to Rio, practice safe sex,” Chan said.

In June the World Health Organisation’s Emergency committee on Zika said there is a ‘‘very low risk’‘ of international spread of the virus.

As many as 500,000 visitors are expected to travel to Brazil for the Games.
Worries about security, the Zika virus and Brazil’s economic crisis might discourage some travellers and VIP guests and around 28 percent of Olympic tickets have yet to be sold.

Global health officials are racing to better understand the Zika virus which has spread to many countries in the Americas.

The WHO has said there is strong scientific consensus that Zika is a cause of the birth defect microcephaly as well as Guillain-Barre syndrome, a neurological disorder.

Zika is spread primarily through the bite of an infected mosquito, however, the virus can also be spread through sexual transmission.

There is currently no vaccine or treatment for Zika.