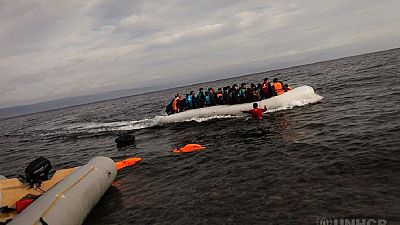 A United Nations official is suggesting that some 204,000 migrants and refugees have arrived in the European Union this year through the Mediterranean, and more than 2,500 have died, including 880 last week.

“The North Africa-Italy route is dramatically more dangerous: 2,119 of the deaths reported to far this year have been among people making this journey, making for odds of dying as high as one in 23,” UNHCR spokesperson, William Spindler said.

A total of 880 were killed last week, he said, when several ships were wrecked while trying to reach Italy.

Since the beginning of the year, nearly 204,000 migrants and refugees have arrived, with three-quarters of them, mainly Syrians and Afghans.

In terms of total flows to Italy, 46,714 migrants and refugees have been registered since January, roughly the same as in 2015, according to the UNHCR.

As of now, UNHCR has not seen evidence of a significant diversion of Syrians, Afghans or Iraqis from the Turkey-Greece route to the Central Mediterranean one.