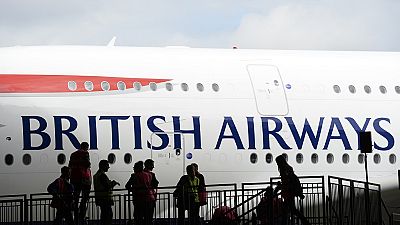 <p>United Kingdom national carrier, British Airways (BA) has agreed to pay sexually abused victims by one of its pilots.</p> <p>The carrier will pay an undisclosed amount to 38 children and young ladies from East Africa who were allegedly sexually assaulted by First Officer Simon Wood during stopovers in Kenya, Uganda and Tanzania between 2003 and 2013</p> <p>The lawyers of the victims claim that the airline is responsible but BA has denied liability. </p> <blockquote class="twitter-tweet" data-lang="en"><p lang="en" dir="ltr"><a href="https://twitter.com/hashtag/BritishAirways?src=hash">#BritishAirways</a> to pay victims in African sex abuse case <a href="https://t.co/pvMmcUSkOa">https://t.co/pvMmcUSkOa</a></p>— Tom Parry (@parry_tom) <a href="https://twitter.com/parry_tom/status/705697551010406401">March 4, 2016</a></blockquote> <script async src="//platform.twitter.com/widgets.js" charset="utf-8"></script> <p>The incidents took place in various schools and orphanages and involved victims aged from eight to 20.</p> <p>Two weeks before he was due to appear in court on the allegations of sexual abuse, Wood took his own life. </p> <p>He died in August 2013 when he was hit by a train. Wood was to face charges of indecent assault and making indecent photos of a child. </p> <p>The lawyers welcomed BA decision to compensate the girls.</p>