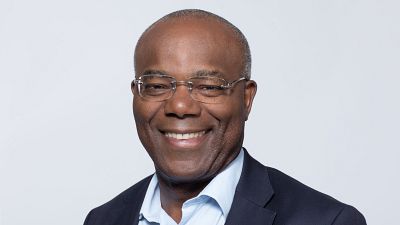 Nicolas Terraz, who has been recently appointed President of Exploration and Production and member of the executive committee of TotalEnergies, will participate in Africa Oil Week (www.AfricaOilWeek.com) in Dubai. He will deliver an opening address on Monday 8 November 2021 on TotalEnergies’ strategic position within the evolving African upstream landscape.

“TotalEnergies remains strongly committed to Africa, and we look forward to sharing and discussing our vision at Africa Oil Week in Dubai,” says Terraz.

Terraz will be accompanied by Henri-Max Ndong Nzue, TotalEnergies’ Senior Vice President for Africa, and Kevin McLachlan, the company’s Senior Vice President of Exploration. Both will take to the stage to discuss current operating trends, and outline value-creation opportunities through high-impact portfolios and new entry prospects.

Terraz joined TotalEnergies in 2001 and was Senior Vice President for Africa from 2019 until August 2021, before being promoted to his current position.

The appointment of Ndong Nzue, who replaces Terraz as Senior Vice President for Africa, is significant, particularly in the African context. Until recently, Ndong Nzue was previously Senior Vice President of Corporate Affairs and Americas at Total Marketing and Services, and also held the position of Managing Director of Total Gabon.

About Africa Oil Week:
Africa Oil Week is the meeting place of choice for the continent’s upstream oil and gas sector. Now entering its 27th year, the event brings together governments, national and international oil companies, independents, investors, the G&G community and service providers. TotalEnergies is the Titanium Sponsor of Africa Oil Week.

Henri-Max Ndong Nzue joined Total in 1991 and has held various positions in finance and economy in the Netherlands, Gabon, France, Norway and Yemen. In 2003 he returned to Paris as a petroleum architect before becoming new business project director in charge of commercial negotiations. In 2006, he joined Total’s strategy team before going back to Gabon to take charge of strategy and business department.

Kevin McLachlan joined Total E&P in 2014 and is responsible for the group’s global exploration. He is a member of the exploration and production executive team and Total’s performance committee. Prior to joining Total, Kevin held various senior global exploration and business development positions at Exxon Mobil, CNOOC International and Murphy Oil.

McLachlan is a graduate of the University of Calgary and INSEAD Business School.