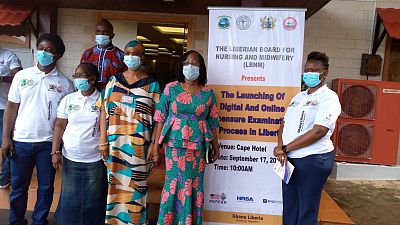 The Ministry of Health in partnership with the Liberia Board for Nursing and Midwifery (LBNM) in collaboration and its partners has launched Liberia’s first Digital Online Licensing Examinations System.

The online licensing exams system is intended to improve the LBNM’s operations and bring about professionalism as well as transparency in the country’s health sector. This system will also help students to be efficient and effective as well brings a high level of transparency.

The digital licensing exams system which was launched on September 17, 2021 in Monrovia, brought together health professionals from both public and the private sector, government officials including representative from the Nursing and Midwifery Council of Ghana among other partners.

Meanwhile Health Minister Dr. Wilhelmina Jallah, speaking during the event thanked the partners for the support. Dr. Jallah said who served as the chief launcher however described the step taken by the LBNM was incredible.

Minister Jallah further noted that as everyone welcomes the digital online examinations system, “we are now leaving the paper based exams behind. She however recommends that students throughout the year should be preparing for the digital exams.

However, Cecilia C. Kpangbala-Flomo, Registrar LBNM, said the initiative was made possible through the kind courtesy of US President’s Emergency Plan for AIDS Relief (PEPFAR), through the Health Resources and Services Administration (HRSA) of the US Department of Health and Human Services, UNFPA, and also supported by the New York University Rory Meyers Collage of Nursing. “Most importantly the Ghana Nursing and Midwifery Council was the first took the first step to support this process.

According to Madam Flomo, Liberia is the second to embark on this initiative in the sub region, something which she sees as positive and a great achievement for the country’s health sector.

She further disclosed that it all started in March 2019 when the LBNM Board Chairman and the Registrar attended a meeting in Sierra Lone for the West African Collage of Nursing By-Annual Meeting.

She stated that at that meeting the team from Liberia listened to Mr. Felix Nyante, Registrar from Ghana Nursing and Midwifery Council when he presented on an online licensure exam in Ghana, the presentation she said they took interest and approach him (Nyante) so as to embark on this initiative.

At the same time, she told the gathering that in June 2019 they also attended a Conference in Singapore where another presentation was done and draw them more closely to (Mr. Nyante) and “this time around he immediately accepted our proposal.”

As we continue our quest to finding solutions to these enormous problems for our growing student’s population we have the government of Liberia stakeholder’s engagement which started with the LBNM board for approval to go ahead with this digital system today. It also brought together MOH and engaged our partner the National Commission on Higher Education who also embraced this initiative.

Madam Flomo also recalled in August 2021, two of its members including the Registrar (Cecilia C. Kpangbala-Flomo) visited the Ghana Nursing and Midwifery Council in Ghana on a study tour where the engagements with counterpart were concluded.

Meanwhile, giving a statistics of schools that they regulate across the country, she indicated that the LBNM have increased overtime in school population. According to her, in 2009 they had about eight (8) schools; and the students’ population for administrating the national board exams was around 200 candidates.

However, she added “when we hit 2014 our school population came up to about 17, being regulated and with this number we had a student population of 500 candidates sitting for the national board exams.”

Currently, they have about 23 schools that are being regulated, and out of that number they have student’s population of 900 and some more. Madam Flomo: “We also have about 18 new applicants who have applied and are currently going through the necessary processes of accreditation. As we know definitely when this number is added to the 23 it means our students population will also increase.”

We have our traditional ways of administering exams which is called the (Paper Based Exams) the LBNM administered her first exam in 1956 from that year up to now we have been operating that system.

Over the years the use of paper based however had huge challenges raging from labor cost, time consumption, security risk, logistical constrains in terms of transporting test to long distances with deplorable roads, especially in the southeast of the country. Ghana’s Ambassador, Felix Nyante, said the partnership between Liberian and Ghana has come a very long way, this he said goes beyond what he calls diplomatic relations. I am glad that we are here to celebrate with the LBNM for this great achievement. He calls for continues collaboration with each other to ensure that the all other countries in the sub-region are supported.

Distributed by APO Group on behalf of Ministry of Health, Republic of Liberia. 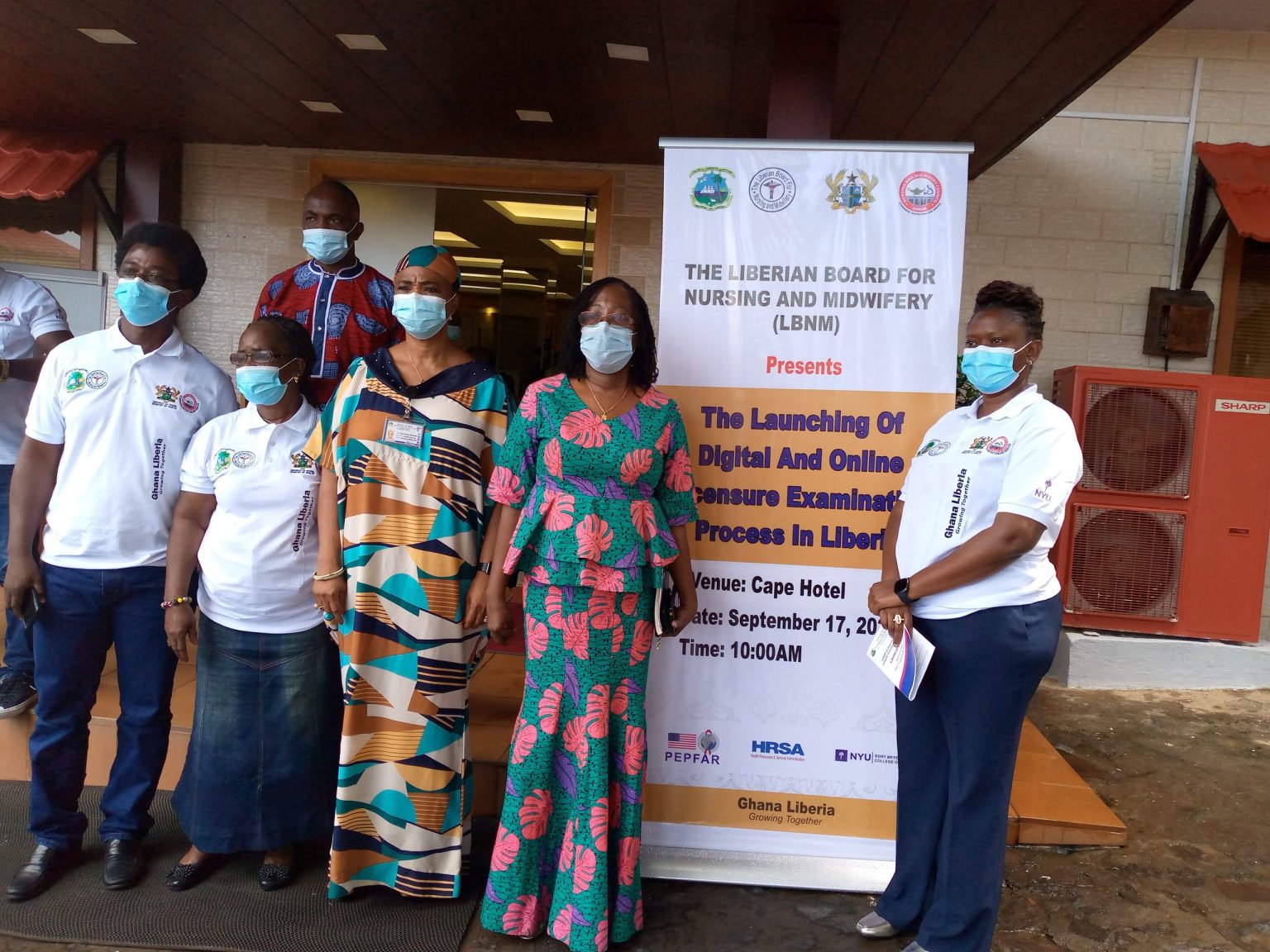