OCHA reports that so far this year, nearly 390,000 people have been newly displaced by conflict across Afghanistan, with a huge spike since May. In the last week, inter-agency teams have identified tens of thousands of people who have fled conflict in different parts of the country and are in urgent need of assistance.

Many people are arriving in Kabul and other large cities, seeking safety from the conflict and other threats.

Between 1 July and 5 August 2021, the humanitarian community verified more than 5,800 internally displaced persons who had arrived in Kabul. They have received food, household items, water and sanitation support, and other assistance. Most of those staying in Kabul are hosted by friends and family, but a growing number are staying in the open, making them especially vulnerable.

Ten teams were deployed today to assess the situation for people staying outside in parks and open spaces. They identified an additional 4,522 displaced persons in need of shelter, food, sanitation and drinking water. A temporary health clinic and mobile health teams are providing health services to these people.

Despite a worsening security situation, humanitarian agencies are staying and delivering to people in need, reaching 7.8 million people in the first six months of this year. Some 156 non-governmental organizations and UN agencies have delivered assistance throughout Afghanistan.

The ability of the UN and NGOs to stay and deliver depends on the removal of bureaucratic hurdles by the parties, staff safety, and additional funds being urgently mobilized.

The situation in Tigray is volatile and unpredictable, and there is spillover of the conflict to neighbouring Afar and Amhara regions.

In Amhara, an estimated 200,000 people have been displaced in North Gondar, Central Gondar, South, Wag Hemra, North Wello, and in various pockets across the region.

In Afar, more than 76,000 people are reportedly displaced following the entry of Tigray forces into the region. We have received unconfirmed reports that on 5 August, a health clinic and a school being used to shelter internally displaced persons in Galikoma Kabele in Fenti Zone were shelled and that a warehouse was ransacked. Fact-finding missions have not managed to access the zone due to ongoing clashes and there is therefore no confirmation of whether there were any fatalities or whether IDP locations were targeted; however, 46 people were transferred to Dufti hospital in Semera with bullet injuries. Humanitarian partners are gradually scaling up response to the mounting needs in both regions.

Within Tigray, humanitarian access has significantly improved, with an estimated 75 per cent of the area now accessible, but the flow of humanitarian supplies into the region remains insufficient. Access via the only road through Afar Region (Semera-Abala corridor) remains partially open due to insecurity, extended delays with clearances by concerned authorities, and thorough searches at checkpoints.

Staff rotation to and from the region is improving. Last week, the UN Humanitarian Air Service (UNHAS) passenger flight from Addis Ababa to Mekelle operated two flights as planned. Convoys transporting UN staff from Mekelle to Semera took place on 3 August and 6 August.

Humanitarian operations continue to be severely affected by the lack of banking services, cash, fuel, electricity and telecommunications. Several partners are currently operating in debt and if cash flow is not resolved, they may be soon be forced to halt operations.

It is urgent to get additional staff and supplies into Tigray, restore electricity and telecoms, and ensure that cash and fuel are available to support the response.

OCHA reports that in July, almost a third of the globally reported COVID-19 cases, and half of the globally reported deaths, were recorded in countries included in the Global Humanitarian Overview (GHO), which means that these countries already experienced humanitarian crises. That amounts to more than 4.4 million COVID-19 cases and over 118,000 deaths.

Overall, cases and deaths in GHO countries declined slightly in July compared with the previous month, although 10 GHO countries faced their largest surges since the beginning of the pandemic.

In July, the 27 countries with a Humanitarian Response Plan (HRP) received the most deliveries of COVID-19 vaccinations to date mainly through donations. Some 27 million doses were delivered, bringing the total number of delivered vaccines to 100 million. Seventy-five per cent of the 27 million delivered doses in July were provided by the United States through COVAX.

More data are available on the website of OCHA-HDX COVID-19 Data Explorer. 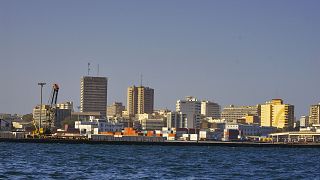