Weekly COVID-19 deaths in Africa reached a record peak in the week that ended on 1 August, marking the highest seven-day toll since the onset of the pandemic in the continent, new data from the World Health Organization (WHO) shows.

Over 6400 deaths were recorded, a 2% rise compared with the previous week, with South Africa and Tunisia accounting for over 55% of the fatalities. Death trends are on the rise in 15 countries, and 12 have reported higher case fatality rates than the African average of 2.5% over the last month. With more than 172 000 deaths, Africa accounts for over 4% of the 4.2 million COVID-19 related deaths recorded globally to date.

“It’s a sad day for Africa. Our hearts go out to everyone who has lost friends and loved ones. Deaths have peaked week-on-week on the continent and after a slight dip, COVID-19 cases are surging again. The latest data tells us that Africa is still on the crest of the third wave, still recording more cases than in any earlier peak, and that we cannot take anything for granted,” said Dr Phionah Atuhebwe, New Vaccines Introduction Officer at WHO Regional Office for Africa.

This comes as COVID-19 vaccine shipments to Africa ramp up. Nearly 12 million doses arrived through COVAX in July, more than the doses received in April, May and June combined. The last two weeks of July saw a 12-fold rise in deliveries from the first half of the month.

“After a tough three months, we’re seeing more positive prospects in terms of vaccine shipments to Africa. Unsteady supplies are the main reason Africa’s COVID-19 vaccine rollout has been slow, so as shipments ramp up it is crucial that African countries put comprehensive vaccination strategies in place to swiftly and efficiently protect the most vulnerable,” said Dr Atuhebwe.

WHO is at the forefront of Africa’s COVID-19 vaccine rollout, ​​working to coordinate all efforts, giving policy and technical guidance and tailored support to African countries and helping share knowledge and best practices between African countries. 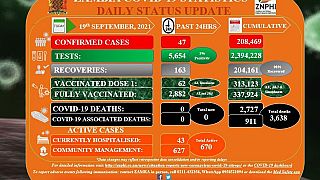 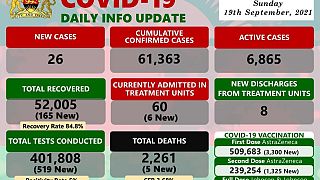 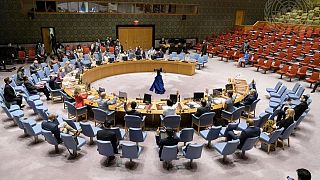