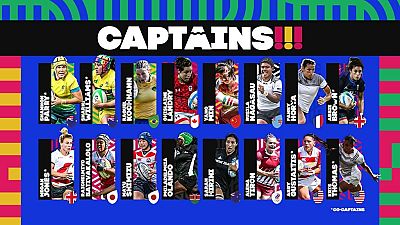 Women’s rugby sevens will take centre stage at the Olympic Games Tokyo 2020 from 29-31 July as the final squads have been confirmed ahead of three days of intense competition in Tokyo Stadium, which will conclude with the gold medal final on ‘Super Saturday’.

The 12 teams have been allocated to three pools of four teams, according to rankings based upon performances in the HSBC World Rugby Sevens Series and other World Rugby sanctioned tournaments over the past two years.

There are many exciting encounters for fans around the globe to look forward to as rugby sevens makes its second appearance at the Olympic Games following an outstanding debut in Rio, which attracted an estimated 30 million new fans to the sport.

Host nation support will be focused on Pool C where Japan are grouped with Rio 2016 Olympic champions Australia, alongside a powerful USA team, who qualified directly for Tokyo after finishing runners-up in the HSBC World Rugby Sevens Series 2019 and reached the medal podium in five of the six rounds. The pool is completed by Olympic debutants China, who secured their place in Tokyo with an emphatic 33-0 victory over Hong Kong in the Asian qualifier final.

Pool B is the only pool without an Olympic debutant as Rio 2016 bronze medallists Canada are joined by France, Fiji and Brazil. France were in fine form as they swept all before them to qualify for Tokyo via the World Rugby Sevens Repechage in Monaco last month. Brazil qualified for Tokyo thanks to a 28-15 victory over Colombia in the South American qualifier, while Rio 2016 quarter-finalists Fiji overcame Papua New Guinea to qualify from Oceania.

In Pool A, current Rugby World Cup Sevens and World Series title holders New Zealand will face the Russian Olympic Committee team, Great Britain and Kenya. New Zealand beat both Kenya and Great Britain on the way to claiming the silver medal at Rio 2016, while Russia ended the Black Fern’s record-equalling 37-match winning run on the Series with a 17-17 draw in Kitakyushu in April 2019. The Russian Olympic Committee team secured their Olympic debut via last month’s Repechage.

World Rugby Chief Executive Alan Gilpin said: “Following a fantastic debut Olympic Games in Rio five years ago, we are looking forward to another spectacular showcase of the best of women’s rugby sevens in front of a huge global TV audience over the next three days in Tokyo, culminating in the medal matches on ‘Super Saturday’.

“Not only are the players exceptional, world class athletes, they are incredible role models both on and off the pitch, combining rugby’s core values of respect, integrity and teamwork, with the strength, speed, skill and flair that makes rugby sevens such an exciting fast-paced and action-packed sport to watch.

“Women’s rugby is going from strength to strength, with more than 2.7 million women and girls currently playing globally, making up a quarter of the world’s playing population and we have ambitious plans to further advance women in rugby at all levels.

“Accelerating the development of the women’s game is a key strategic objective for World Rugby and the recently launched ‘Team Powered’ campaign is designed to boost the sport’s growth, inspiring a new generation of players and fans to get involved in the ultimate team sport.

“I am sure the next three days of Olympic competition will provide another great leap forward for the global growth of women’s rugby and we are very happy to play our full and exciting part in the most gender equal Games in history.”

New Zealand Coach Allan Bunting said: “The way that I see it is that everyone starts level. What’s happened in the past has been the past and it’s who steps out on the field and makes the most of those 14 minutes each game. It’s an Olympic sport so you’re got to be ready for the best against each team.”

USA Women’s Coach Chris Brown said: “Our experience at the Olympics has been brilliant so far. The atmosphere in the village is one of a kind. We’ve had a sevens style week of training in the sense that we've been excellent at times and have had some other moments where we've had to find a way to get back on track.

“The biggest challenge for us will be finding a way to allow ourselves to be free in the moment. That's the key to playing at our absolute best. When we stop trying to control the what ifs and focus on being present and loving the emotional roller coaster of the game, the result follows suit.

Great Britain women’s co-captain Meg Jones said: “We’ve spent the last week refining the final details and we’re really looking forward to the competition kicking off. The biggest thing for us will be stepping onto the pitch after the year that we’ve all had and we’re just so excited. We’ve got huge aspirations for this group, we really want to be contenders and we’ve got a lot of belief in ourselves.”

Great Britain women’s co-captain Abbie Brown: “We’re feeling well prepared and we’re dreaming big for this tournament. We have our sights set on that gold medal, but alongside that, we’re hoping that we can inspire and carve the path for future sevens players which is something that we’re very passionate about as a group.”

Canada Women’s Captain Ghislaine Landry said: “The opportunity to go to another Olympic Games with this team is very exciting. For the last five years, we've been training hard and hunting down podium finishes. I’m proud of our team and I know we are heading into the Games with a ton of talent and huge potential. We can’t wait to show Canada, and the world, how fast and exciting rugby sevens is.”

To ensure teams are as best prepared as possible to perform on the greatest sporting stage of all, World Rugby has invested US$4 million into Olympic qualified unions’ sevens programmes and towards the costs of hosting a number of high-performance pre-Olympic preparation events.

Rugby sevens’ first appearance at Rio 2016 had a profound, game-changing effect, attracting an estimated 30 million new fans globally. The dynamic, action-packed nature of rugby sevens has captured the attention of fans around the world, with research showing women and the 18-24 age group were the most strongly supportive of sevens’ fit with the Olympics.

In a sign of the respect shown towards rugby’s values, and a reflection of how well sevens was received on its Games debut in Rio, four players from different countries were awarded the honour of carrying the flag for their country at the Opening Ceremony on Friday, including women’s players Sarah Hirini (New Zealand) and Rusila Nagasau (Fiji).

Women’s rugby is experiencing unprecedented growth in recent years – more than 2.7 million women and girls are currently playing globally, making up a quarter of the world’s playing population. Latest Nielsen Research for World Rugby has reported women’s rugby is on the rise with interest in established markets up to 45 per cent and in emerging markets to 27 per cent, a 15 and 22 per cent increase since 2018, respectively. 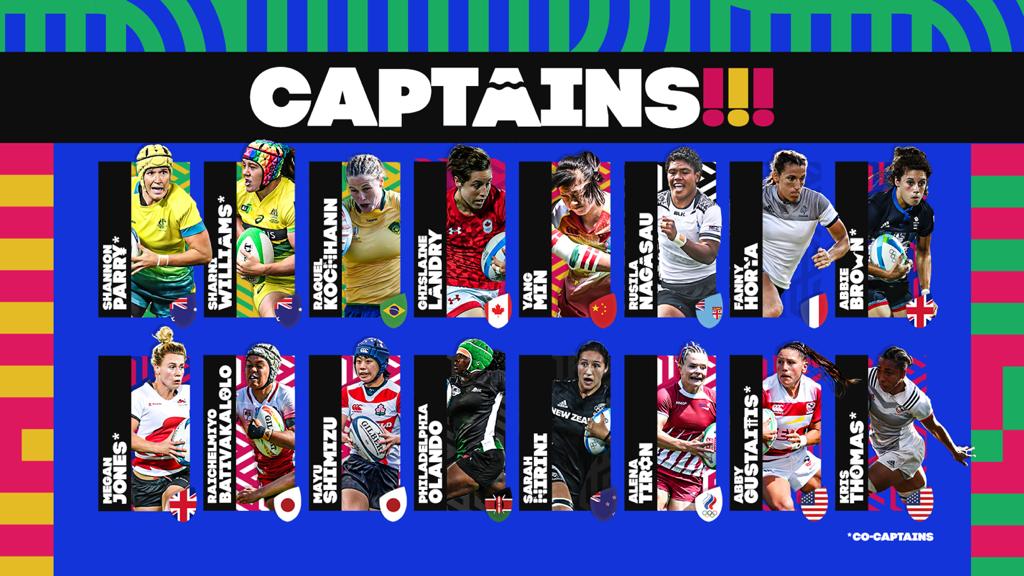