Eswatini: Right to protest must be respected

With pro-democracy protests intensifying, seven people have critically been injured and one person reportedly killed after police fired teargas and live ammunition at protesters last night. Amnesty International is urging the Eswatini authorities to respect the rights to freedom of expression, peaceful assembly and association. Deprose Muchena, Amnesty International’s Director for East and Southern Africa, said:

“The protests unfolding across Eswatini are a result of years of denial of political, economic and social right to the people, including young people, and recent escalation of suppression of dissent by the authorities. Defending human rights and expressing critical views have been criminalized, and authorities have systematically crushed freedom of expression, association and peaceful assembly.

“Protesters, and particularly youth, from all four regions within Eswatini are now taking to the streets to demand political reforms, and the authorities must ensure that people are able to express their grievances without fear of intimidation or abuse. There are reports that security forces have shot dead at least one protester and critically injured seven protestors. Authorities must launch a prompt, independent and impartial investigation into these reports and ensure that all those responsible, including those with command responsibility, are brought to justice in fair trials.”

“Pro-democracy” protests started last month in the Kingdom of Eswatini following the mysterious death of 25-year-old law student, Thabani Nkomonye, allegedly at the hands of the police. Spearheaded by the youth, protesters are demanding political reforms.

Political activism has been suppressed for years in the Kingdom of Eswatini, the last absolute monarch on the African continent, with authorities using repressive laws, including the 1938 Sedition and Subversive Activities Act (SSA Act) and the 2008 Suppression of Terrorism Act (STA) as a tactic to silence critics. Journalists, human right defenders and political activists have been jailed simply for speaking out against this repression of dissent.

Distributed by APO Group on behalf of Amnesty International. 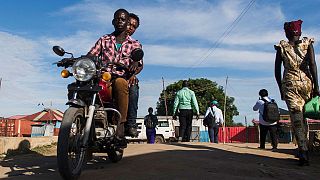 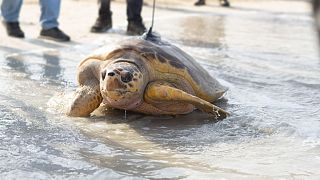