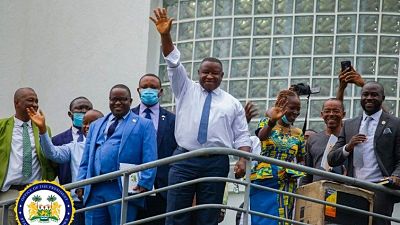 His Excellency President Dr Julius Maada Bio has congratulated Leone Stars on their 1-0 victory over Benin in the crucial Africa Cup of Nations qualifier in Conakry, Guinea, urging the nation, from his balcony at State House, to draw inspiration from the win to think big.

Striker Kei Kamara, who had always wished for this feat before his retirement, scored the first-half penalty in the nineteenth minute to secure a place for the national team at the Africa Cup of Nations for the first time since 1996.

“We will continue to strive for higher height, no more small dreams. When I promise, I deliver. I promised that I will take Leone Stars again to the continental stage. This did not come to me as a surprise at all. I believe the boys and I have inspired them enough in the same way I have always wanted to inspire this nation.

“We are a football-loving nation, and I am incredibly happy about this. Just as we trust and believe in ourselves, even out of the football field we can also take this nation to the international level,” he said in a short video released after the match.

“Congratulations to Sierra Leone. We are a football-loving nation, and today, our boys have made history. My government is committed to promoting football and other sports disciplines,” president Bio wrote on Twitter.

Football observers have said that the period 1993 to 1996 can be considered a golden era for Sierra Leone football, arguing that no other Leone Stars team had before or afterward achieved the series of results of that period.

Then as Deputy Chairman of the National Provisional Ruling Council, Julius Maada Bio is credited for inspiring the Leone Stars’ squad of that era to win the Amilcar Cabral trophy twice and to qualify for the Africa Cup of Nations twice.

Distributed by APO Group on behalf of The Republic of Sierra Leone State House. 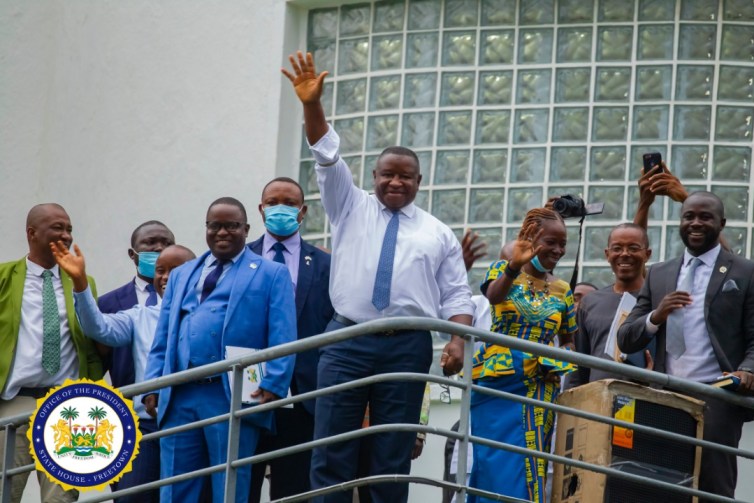