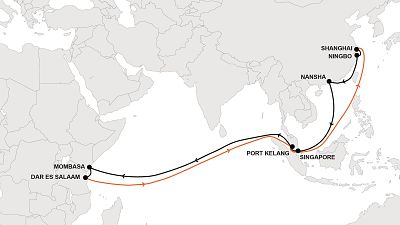 The new East Africa Service 3 (EAS3) will offer direct weekly sailings between China, South-East Asia, Kenya and Tanzania with very competitive transit times. It will arrive for the first time in Kenya and Tanzania next week enabling our customers to enjoy even better connectivity between Asia and East Africa. In addition, the EAS3 will offer excellent connections to Hapag-Lloyd’s global network via the hub ports of Singapore, Port Kelang and Shanghai. Seven 2,800 TEU vessels will be deployed in the service, including two provided by Hapag-Lloyd.

Hapag-Lloyd entered the Sub-Sahara African market about 13 years ago and has seen steady and significant growth in transported volumes to and from Africa since then. In East Africa, the China Kenya Express Service (CKX) connects Kenya with some of the most important ports in Asia, such as Singapore and Shanghai, while the East Africa Service 2 (EAS2) connects the East African country with the west coast of India and Jebel Ali in Dubai.

In March 2021, Hapag-Lloyd also opened its own new office in Kenya to better serve and be closer to its customers in this thriving economic hub of East Africa. While the main business will be managed from the port city of Mombasa, the company will also have an office in Nairobi, the country’s capital.

Hapag-Lloyd also serves landlocked East African countries – such as Uganda, Rwanda, Burundi and South Sudan – with regular inland connections to and from Mombasa. As part of its growth strategy, the shipping company will also endeavour to develop inland connections to Somalia, Southern Ethiopia and Northern Tanzania.

“Hapag-Lloyd has been steadily expanding its business in East Africa in recent years as part of our strategic focus on selected growth markets worldwide,” said Dheeraj Bhatia, Senior Managing Director Region Middle East at Hapag-Lloyd. “Our new EAS3 service will create a new option for our customers and help us to forge even stronger connections between this flourishing region and the rest of the world.”

Hapag-Lloyd has also been strengthening its offerings and presence in West Africa in recent years. For example, in October 2019 the Middle East India Africa Express (MIAX) service has been launched, providing direct and fast connections between Middle East, India, South Africa and key markets in West Africa such as Ghana and Nigeria. In September 2020, a new office was opened in Lagos, Nigeria. And, in mid-March 2021, Hapag-Lloyd has signed a sale and purchase agreement with the Dutch container shipping company NileDutch. The acquisition of NileDutch allows customers to benefit from an even denser network and a much higher frequency of sailings, particularly from and to locations in West and South Africa. Currently, the completion of the transaction is subject to the approval of the responsible antitrust authorities.

Hapag-Lloyd now has five own offices on the continent: in South Africa, Egypt, Ghana, Nigeria and Kenya. In addition, it recently opened a Quality Service Center in Mauritius.

The first westbound voyage of the EAS3 will start in Shanghai on 29 April 2021 with an estimated arrival in Mombasa on 23 May 2021. Further vessel and schedule details will be announced as soon as possible. The port rotation will be as follows:

Distributed by APO Group on behalf of Hapag-Lloyd.

About Hapag-Lloyd:
With a fleet of 237 modern container ships and a total transport capacity of 1.7 million TEU, Hapag-Lloyd is one of the world’s leading liner shipping companies. The Company has around 13,100 employees and 395 offices in 129 countries. Hapag-Lloyd has a container capacity of approximately 2.7 million TEU – including one of the largest and most modern fleets of reefer containers. A total of 122 liner services worldwide ensure fast and reliable connections between more than 600 ports on all the continents. Hapag-Lloyd is one of the leading operators in the Transatlantic, Middle East, Latin America and Intra-America trades.

Disclaimer:
This press release contains forward-looking statements that involve a number of risks and uncertainties. Such statements are based on a number of assumptions, estimates, projections or plans that are inherently subject to significant risks, uncertainties and contingencies. Actual results can differ materially from those anticipated in the Company’s forward-looking statements. 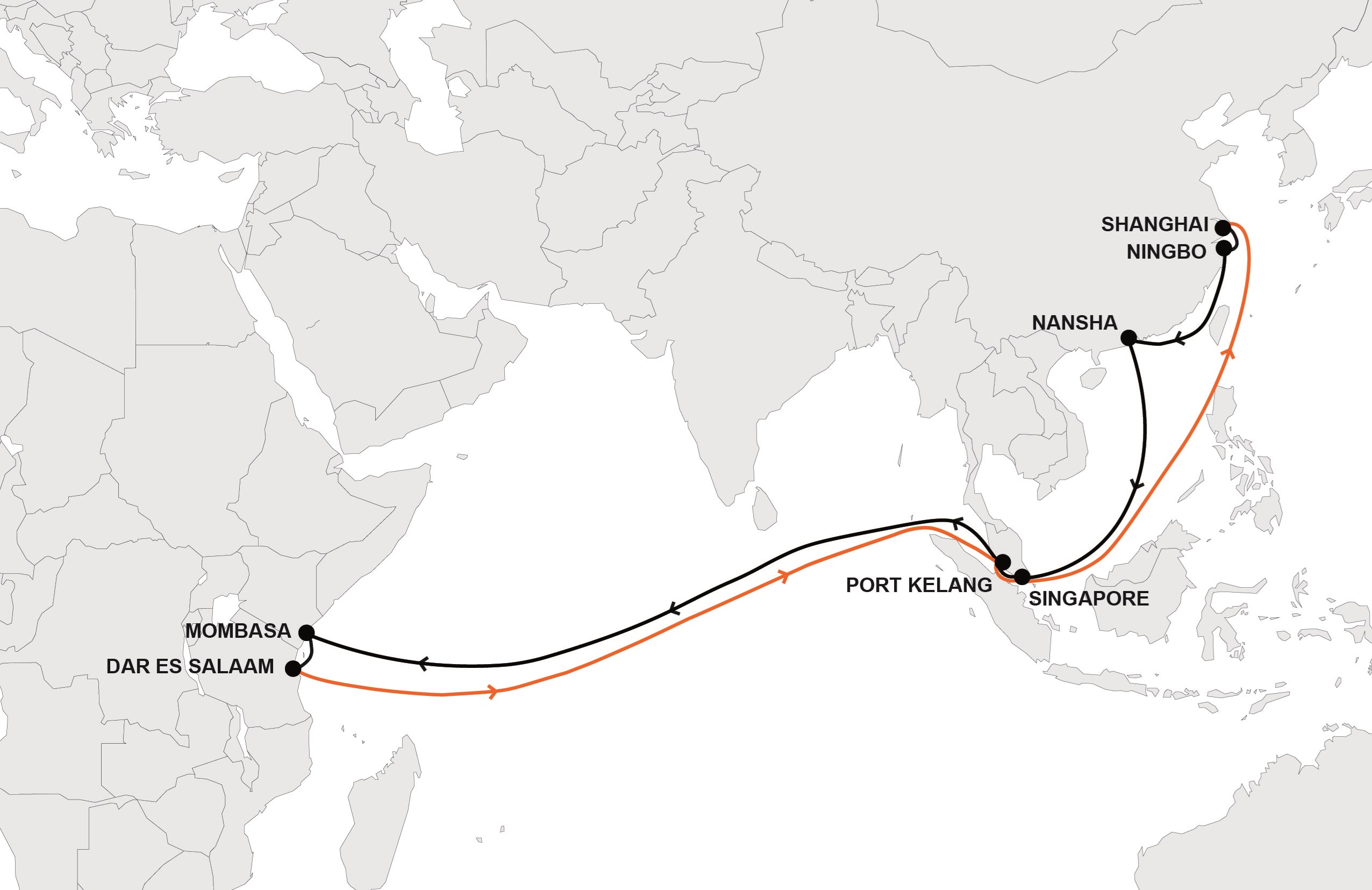