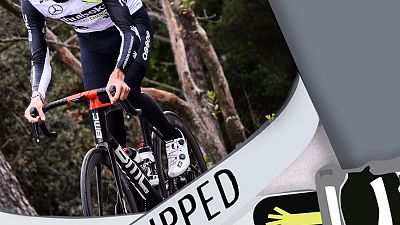 A new episode of the Team Qhubeka (www.TeamQhubeka.com) podcast – Unclipped – is out now featuring our Austrian rider, Michael Gogl.

The episode explores various aspects of his life including his role as a road captain, his approach to nutrition, and why cycling won out ahead of a potential career as a celloist!

The 27-year-old, dubbed by some in the media as the “Austrian interloper” -  following his exploits at a memorable 2021 Strade Bianche – also gives his insights on a special day of racing while also providing a fascinating insight into the key role he played in the past for Alberto Contador and how he’s now looking at taking the next step in his own career.

‘Unclipped with Team Qhubeka ASSOS’ is available via all podcasting platforms including:


Distributed by APO Group on behalf of Team Qhubeka ASSOS.