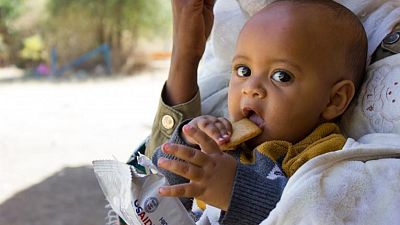 This is a summary of what was said by UNICEF spokesperson James Elder – to whom quoted text may be attributed –  at today's press briefing at the Palais des Nations in Geneva.

“The crisis in Tigray has entered its sixth month with no clear end in sight.

“More than one million people have been displaced, and fighting continues. Access and security remain serious issues.

“We have been very concerned from the onset about the harm this crisis will cause to children. Such fears are now being realized.

“This is a protection crisis. What is emerging is a disturbing picture of severe and ongoing child rights violations.

“This is also an education and nutrition emergency, and I saw extensive destruction to the systems and essential services on which children rely.

“Children in Tigray have been hit by COVID-19 then conflict. That means 1.4 million children have been out of school for more than a full year (since March 2020). Yes, not a day of school in 13 months.

“I met a 16-year-old girl, Merhawit who fled fighting in the west of Tigray, and walked – with her baby brother on her back – for 300km. Yes, she walked 300km in broken flip flops. Before the conflict, she was top of her class in physics. Now she was searching for food and hasn’t seen a classroom in more than a year.

“A decision to reopen schools, however, is contingent on (1) security; (2) rehabilitation works – the Ministry of Education estimates that up to 25 per cent of schools have been damaged; and (3) reopening schools requires the relocation of the hundreds of thousands of IDPs who are currently sheltering in school premises.

“A recent assessment in 13 towns by UNICEF and partners revealed that more than half of the boreholes are non-functional.  These were advanced systems – with generators and electrical circuitry – and most have been damaged and looted.

“I saw an example of this destruction in a health clinic 100km from Mekelle. This had an entire new operation ward devoted to emergency c-sections for mothers and emergency surgery – that opened in 2020, with the support of Rotary in Belgium. Everything – X-ray machines, oxygen, and mattresses for patients – are gone. Operating beds and incubators for babies have been broken and turned upside down. A doctor there told me “It had all the services a mother and baby needed. It was a life-saving place. There was no reason for forces to come here. They came here for vandalizing and looting.”

“According to assessments, violence and looting have left a majority of health care facilities in the region not functioning.

“The sanitation situation is another matter of grave concern. Conditions in many of the displacement sites are poor. They are overcrowded, unsanitary and unsafe .. as such they magnify risks of exploitation of children, and make it impossible for people to practice COVID-19 prevention measures.

“From a health perspective, the presence of large numbers of displaced people is a ticking time bomb, especially as the rainy season approaches – that’s next month – when there will be a grave risk of cholera and other water-borne diseases.

“The personal statements I received from children who had been raped or testimonies of women who were victims of sexual violence were harrowing.

“You will all be aware that the President of Ethiopia, the Minister of Women, Children and Youth, the IASC Principals and the Ethiopian Human Rights Commission (EHRC) have spoken against multiple cases of rape and sexual violence

“I heard traumatic stories from survivors, one as young as 14. I heard reports of gang rapes. The level of cruelty described in these attacks was bewildering.

“This year, from the 1st January to 16 April, just one centre that UNICEF supports has received an average of three reports of cases of gender-based violence per day.

“Fighting broke out just as people should have been harvesting.

“That’s their income for a year. Many also had cattle stolen. They have lost access to fertilisers and vaccines for their livestock.

“And now they should be planting. But more than 1 million people are displaced and as such cannot access their land.

“As such, we are seeing a spike in malnutrition in a region that had already seen steep year-on-year increases in malnourished children requiring life-saving treatment prior to this crisis.

“In WASH, UNICEF is leading on efforts to rehabilitate damaged water schemes, supply of water through trucking, and the provision of hygiene supplies. Through these efforts, more than 640,000 people have received safe water for personal use.

“Our priority in the education sector is the reopening of schools while simultaneously working with implementing partners to establish temporary learning spaces for refugees, IDPs and host communities.

“We have supported partners to kick-start 22 mobile health and nutrition teams which are reaching tens of thousands of children and women in ten of the areas with the highest need. They distribute drug kits and support emergency health care and nutrition. They operate six days a week and use the seventh day to restock supplies.

“But again, even for these brave and frontline mobile health and nutrition teams, security remains an issue. I spoke with one team leader who explained how his team had their ambulance stolen, and had to walk three days back to their health clinic.

“And as of right before this briefing, UNICEF has received credible reports of at least 16 incidents that impacted the activities of these mobile health and nutrition teams … in just the last two weeks.

“Nine were reported in the Eastern Region where the health workers had to leave the location due to fighting and direct threat from armed forces.

“The staff members were denied access to the programme locations and in some cases were threatened with death. In three locations the teams were forcibly relocated to other locations.

“Survivors of sexual assault have been provided with medical assistance, psychosocial support and dignity kits at a centre that has been supported by UNICEF. We are also supporting partners to deploy more than 160 social workers to provide child protection case management for vulnerable children including unaccompanied and separated children; and psychosocial support in IDP and refugee camps in Tigray and affected neighbouring woredas in Afar and Amhara.

“UNICEF Ethiopia’s appeal for Tigray stands at US$47.6 million. More than half is unfunded.” 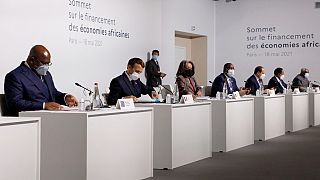