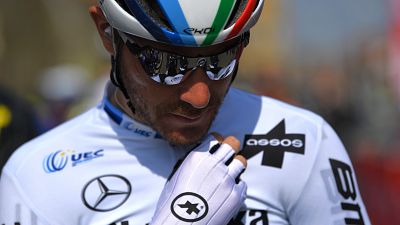 Team Qhubeka ASSOS (TeamQhubeka.com) will be taking on Gent-Wevelgem, the Belgian UCI World Tour classic, this Sunday. It will be the 83rd edition of the event, covering 254km across the famous fields in West Flanders.

Gent-Wevelgem, traditionally seen as a classic for the sprinters despite a tougher parcour in recent editions, will see the European and Italian champion, Giacomo Nizzolo return to action for Team Qhubeka ASSOS.

Thank you to JB Lagnie for providing a unique video announcement (https://bit.ly/2Pz8IZw) of our Gent-Wevelgem team.

The team and I are really looking forward to Gent-Wevelgem, which will basically start from kilometer zero with crosswinds expected from even before the Kemmelberg. We then have some very hard loops through the hills before we go again on the flat, where it will probably be windy, to Gent. We have the European champion, Giacomo Nizzolo, as our leader for the race and we will look to support him as best as possible.