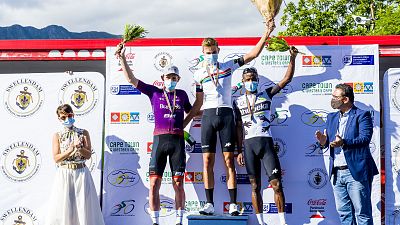 Team Qhubeka (www.TeamQhubeka.com) rider Marc Pritzen stormed to victory at the South African Road Race championships in Swellendam, claiming both the elite title and the under 23 title.

21-year-old Pritzen currently rides for our UCI Continental team based in Lucca, Italy, and this victory saw him beat a number of professionals in claiming the biggest win of his career so far.

A former winner of the 947 Ride Joburg as well as a stage victor at the Tour of Good Hope in 2019, Pritzen will now proudly wear the South African jersey when he returns to Europe.

Pritzen's success sees Team Qhubeka now hold the jerseys of both the South African champion as well as that of the current Ethiopian road race champion Negasi Abreha Haylu, highlighting the hugely important role this team plays in laying a foundation and providing the opportunity from Africa to compete at the highest level. You can read Negasi's incredible story here - https://bit.ly/2P6zY1w.

We spoke with Marc to reflect on the special day, and to look into what his ambitions are for the future.

You’ve had some time to reflect on your win, tell us about the day?

Just being back on a bike again and in a race situation, standing on a start line, getting those race nerves and then having not raced in such a long time, made it a unique situation, with nobody really knowing where they were with their form.

The mountain bikers have had some racing but us “roadies” haven't so I feel like it was a bit of unknown territory for most of us. Then we had the WorldTour riders who are always on good form, on another level, so there were all these guys to watch out for. To have Nic racing with me was something special, just being in the same colours as Nic meant a lot.

Then on Sunday, of course, the highlight was the last 3km, I can't stop playing it over and over in my head: the nerves coming into the finish line, point where “this is it, it's now or ever” and then going into the last corner I almost lost it there, I got swamped by the bunch. I think there was a bit of a lack of attention – I don't know – but it did set me up onto Willie Smit's wheel so when he went I jumped straightaway and he went super hard.

At that moment I looked back and saw we had a gap, I forgot about the pain and I felt that this is now the time to go. It was still 800m to go so it was quite a long sprint but I think because we had that gap it was a long for anyone to come over and close it. Going over the top and seeing the finish line and looking back again and seeing there was that gap was an unreal moment.

I was in disbelief crossing the finish line. Definitely a very special day, one that I will never forget.

What did it feel like to pull the SA Champs Elite jersey over your head on the podium?

Coming to the podium and then being called up alongside the likes of Willie Smit and Nic Dlamini was a really, really special moment. Standing on the top step, wearing the SA jersey was incredible.

Seeing my parents in front of me, who are always supporting me, just makes me think back to all the hours that we've put into this moment.

You will head back to Europe with the Team Qhubeka Continental team, what’s it going to like being presented at races as the SA Champion?

I head back to Italy straight away and this title is going to give me added motivation to go back to join my continental teammates. I honestly don't know what it's going to be like being represented as the South African champion in Europe but I can't wait to go and find out.

I've been the u23 South African champion and just lining up in South Africa was a massive privilege, so I can't wait to see what that's going to feel like in Europe.

What’s the experience been like racing with the Team Qhubeka Continental team, and what are your ambitions for the future?

With 2020 being the year of the pandemic I didn't get to race much in Europe but the racing that I did do was definitely an eye-opener. The level there is extremely high and I feel like that was an extra motivation when I returned home at the end of the year.

It gave me that chance to re-analyse things, get my head clear and start building again to this season, knowing now that if I want to compete in Europe that I definitely have to up my game. With not having any races up until now, the SA Champs being my first was a bit of a scary moment. You can see on your (training) numbers if you've improved or not but numbers only mean so much in a race.

So for me to come into the SA champs and to win it definitely helps and knowing the work that I've done; the mental changes that I've made coming into 2021 season has definitely paid off so far.

What are your ambitions for the rest of season and for the future?

The goal for this year is to get some really strong results in Europe and then my definite ambition for 2022 is that I'd like to step up to the pro ranks.

To have been given the opportunity by the team to race in Europe and continue to develop has been incredible, and I'm really excited for the future.

NOTE: Images in this release are courtesy of Cycling South Africa 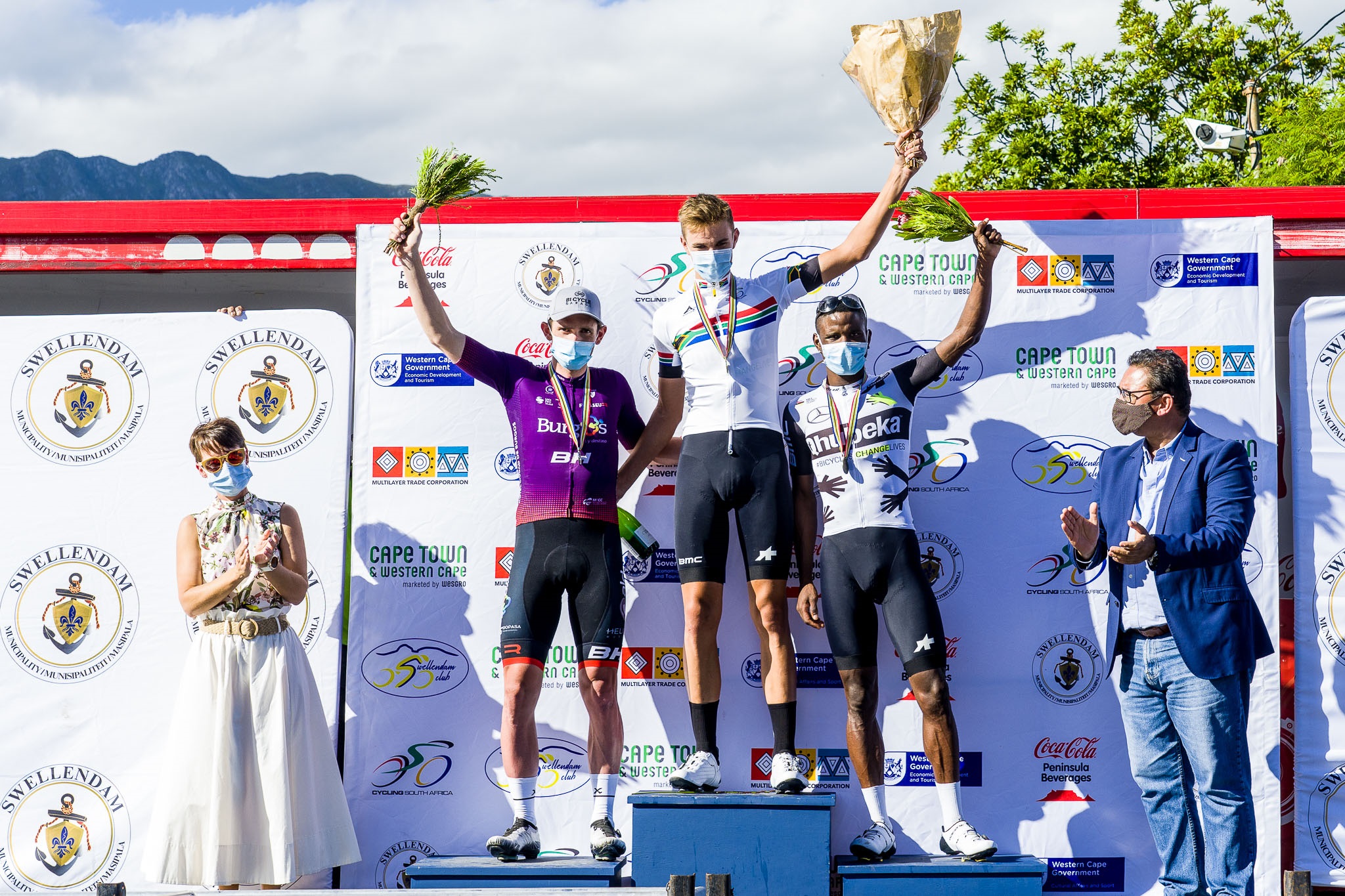