Actions against Opposition Members in Zimbabwe

The United States is following events in Zimbabwe closely, including the troubling moves on March 17 to strip Movement for Democratic Change Alliance (MDC Alliance) Vice President Tendai Biti and other MDC Alliance members of their elected seats in parliament.

Since March 2020, parliamentary maneuvers supported by the Zimbabwean government have led to the ouster of 39 MDC Alliance MPs and 81 local elected officials.  These actions subvert the will of voters, further undermine democracy, and deny millions of Zimbabwean citizens their chosen representation.

We continue to monitor efforts by the government to dismantle the MDC Alliance through the arrest and detention of its leaders and diversion of its assets.  We also note the government’s selective enforcement of COVID-19 regulations to indefinitely postpone by-elections and prohibit MDC Alliance gatherings, while permitting internal elections and gatherings for the ruling Zimbabwe African National Union – Patriotic Front (ZANU–PF) party and its allies to go forward.

The ZANU–PF is misusing the levers of government to silence critics, neutralize opposition, and entrench its political power over the Zimbabwean people.

We call on the Government of Zimbabwe to comply with its obligation to respect the freedoms of expression and association enshrined in Zimbabwe’s constitution and its international commitments. 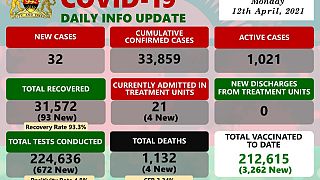