Good news as Springbok Women power ahead in Stellenbosch 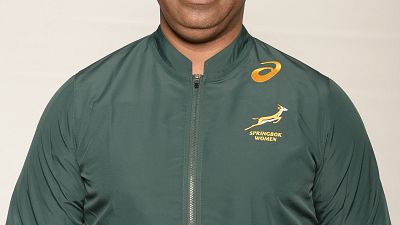 World Rugby’s announcement on Tuesday of a global women’s season was met with great excitement by the Springbok Women at their base in Stellenbosch, where the training squad were increased to 40 players as their preparations moved up a gear.

And with the local interprovincial competition due to return to the calendar this year, after it fell away last year due to the COVID-19 pandemic, Springbok Women’s coach Stanley Raubenheimer had reason to smile, especially with World Rugby’s new global schedule from 2023 set to super charge the women’s game.

The global season, which is set to comprise three competitions – WXV1, WVX2 and WXV3 – has been introduced with the objective to increase competition, commercial and fan engagement opportunities, while simultaneously raising the competitiveness of the women’s game.

The Springbok Women could be in line to qualify for WVX2 as one of the top teams from Oceana, Asia and Africa, or WXV3 as the winner of a play-off match between an African and South American team.

“It is one thing training and another thing playing, and obviously the more matches one plays the better you can become at your craft,” said Raubenheimer.

“We’ve seen with our other national women’s teams such as the Proteas cricket and netball sides, as well as Banyana Banyana (SA women’s soccer team) that the more they play the more they improve.”

Raubenheimer congratulated the Protea Women who took an unassailable three-one lead in the five-match One-Day International series against India on Sunday.

“We’d like to congratulate the Proteas for their series win in India,” said Raubenheimer.

“They have shown great progress in recent years and apart from taking great pride in their performances, they have come to show yet again that with regular competition, the sky is the limit, which is another reason why we are really looking forward to World Rugby’s new plans.”

Raubenheimer also welcomed another 16 players to the Springbok Women’s training camp in Stellenbosch. A squad of 24 players gathered at the Stellenbosch Academy of Sport early in January, and the squad was increased to 40 players this past weekend.

To Raubenheimer’s delight the players immediately got down to business on the field on Monday and Tuesday, and with the SA Rugby Women’s Interprovincial Competition set to play out in the coming months, the coach was excited to step up their contact training.

“The objectives for us at this stage are to assess the new players from a conditioning point of view, to get a little bit of match practice and to see how the whole group gels,” said Raubenheimer.

“The game time will be in the form of contact sessions on Wednesday (17 March), Monday (22 March) and Friday (26 March), which are important since the players have not played for close to a year and a half now.

“Obviously we expect some rust, but this will be good to work in some contact and continuity, as well as to implement a few things that we have been working on at training.

“It will also allow us to reintroduce the players to rugby, and we hope this will set them in good stead for the Women's Premier league and Division One league.”

Edwaline Dickson (No 8, Blue Bulls – on loan from SWD)