Accelerating and expanding HIV services in the Central African Republic 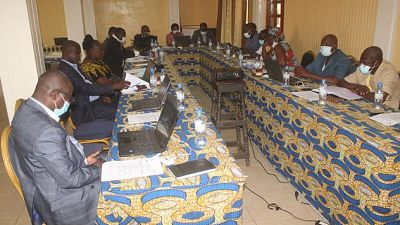 The Central African Republic has made significant progress in its response to HIV over the past four years. New HIV infections continue to decline and the number of people on antiretroviral therapy has increased from less than 25 000 in 2016 to more than 47 000 in 2019.

Despite this progress, the Central African Republic remains far from the 90–90–90 targets. Less than half of the 100 000 people living with HIV in the country have access to treatment and the government estimates that less than 20% of people on treatment have an undetectable viral load. For those who are on treatment, the quality of care is insufficient. Recent studies reveal a very high rate of immunological and therapeutic failure among people living with HIV on treatment.

Various factors contribute to this situation, including hospital-based management, the unavailability of biological monitoring in rural areas, the lack of human and material resources in health facilities and laboratories and the absence of community-based approaches that promote treatment adherence and information. In addition to these system-related factors, since December 2020 the country has faced a resurgence of a political and security crisis, which makes access to treatment difficult.

There is a need to simplify and adapt the cascade of HIV-related services to take into account the preferences and expectations of different groups of people living with HIV while reducing unnecessary burdens on the health system. People-centred care is now the goal of the Central African Republic.

The Central African Republic aims to diversify, accelerate and generalize differentiated services. The Catalytic Initiative promoted by UNAIDS with the financial support of Luxembourg is helping the country to achieve this ambition. A first decisive step has been taken with the organization of a round-table discussion, entitled Catalytic Initiative on Differentiated HIV and Tuberculosis Services. The meeting brought together the Ministry of Health, the Comité National de Lutte contre le SIDA, civil society, people living with HIV, tuberculosis stakeholders, key populations, youth organizations, the United Nations, Médecins Sans Frontières and the French Red Cross.

The participants reviewed the existing pilot programmes of differentiated services in the country and the obstacles related to their implementation. They stressed the urgent need to expand differentiated services, particularly in the current context of the increasing insecurity and humanitarian challenges that make it difficult for people to access HIV and tuberculosis services.

The participants agreed on the activities to be implemented and validated the project implementation schedule to improve the quality of care and biological monitoring of people living with HIV and tuberculosis patients by stimulating the implementation of differentiated services.

“I welcome this opportunity offered by UNAIDS to remove bottlenecks to improve the overall management of HIV,” said Marie-Charlotte Banthas Bata, the Director of Communicable Disease Control at the Ministry of Health and Population, Central African Republic, pictured above, centre.

“Community organizations must be at the centre of the implementation of differentiated approaches,” said Welcome Gazalima, the President of the National Network of Associations of People Living with HIV in the Central African Republic

The next key steps will be the documentation of existing differentiated approaches in the country and the development of a national guidance document for scaling them up. 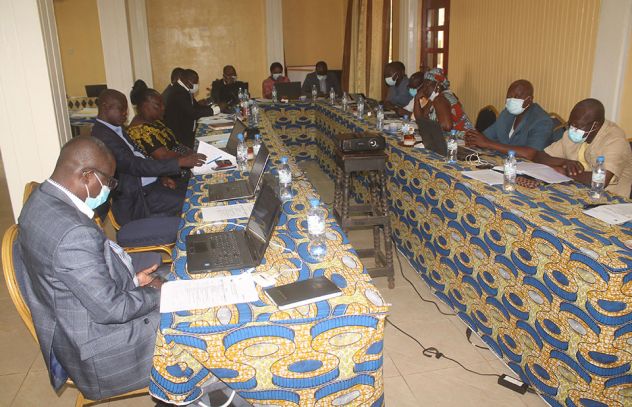