WFP, UNHCR appeal for funding for over 3 million refugees hit by ration cuts in Eastern Africa 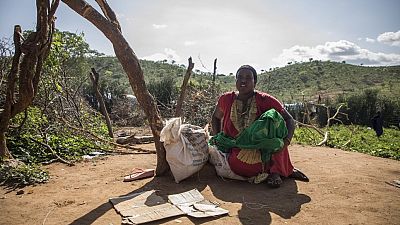 UNHCR, the UN Refugee Agency, and World Food Programme (WFP) appealed today for US$266 million to end food ration cuts for over 3 million refugees in Eastern Africa. Funding shortages have forced cuts up to 60 per cent. The agencies warned of growing risks including increased malnutrition and anaemia, stunted child growth and a myriad of protection risks.

The impact of the funding shortfalls on refugee families is compounded by COVID-19 lockdowns and measures to contain the pandemic’s spread, which had already reduced the availability of food in markets in refugee camps and wrecked many refugees’ hopes of helping to support their families through casual labour and small businesses.

“The pandemic has been devastating for everyone, but for refugees even more so.” said Clementine Nkweta-Salami, UNHCR’s Regional Bureau Director for the East, Horn of Africa and the Great Lakes. “Unless more funds are made available, thousands of refugees including children will not have enough to eat.”

“Protection concerns are growing. Food ration or cash cuts are resulting in negative coping strategies to meet their basic food needs – such as skipping or reducing meals, taking loans with high interest, selling assets, child labour, and increased domestic violence. There is often a desperation and a feeling of no alternative,” she said.

“We must start meeting the food and nutritional needs of refugees in the region now,” said Michael Dunford, WFP Regional Director for Eastern Africa. “The immediate priority for us all must be to restore assistance to at least minimum levels for refugees, many of whom lost the lifeline of remittances due to the global impact of COVID-19.”

“We’ve never had such a terrible funding situation for refugees. We have a US$266 million shortfall for the next six months for refugees’ minimum needs. We are deeply concerned that if cuts continue, they will be faced with a very difficult decision: stay in the camps where food and nutrition security is deteriorating or consider risking going back when it is unsafe.”

In the 11 countries covered by UNHCR’s Bureau for the East and Horn of Africa and the Great Lakes, 72 per cent of 4.7 million refugees face food cuts on top of funding shortfalls already for UNHCR’s non-food assistance and support.

Almost 140,000 refugees and asylum seekers live in Rwanda, mostly from the Democratic Republic of Congo and Burundi. WFP supports 138,000 refugees in camps and 12,500 children from the host community who attend the same schools as refugees and receive school meals. The 60 per cent cut is unprecedented and will only worsen food insecurity.

Only refugees in Burundi and Sudan are receiving full rations. They need a total of US$18 million through August.

The United Nations World Food Programme is the 2020 Nobel Peace Prize Laureate. We are the world’s largest humanitarian organization, saving lives in emergencies and using food assistance to build a pathway to peace, stability and prosperity for people recovering from conflict, disasters and the impact of climate change.

Download logo
© UNHCR/Will Swanson | A refugee from Ethiopia sits next to a bag of rice donated by Kenyan officials at a camp in Moyale, Marsabit County, Kenya 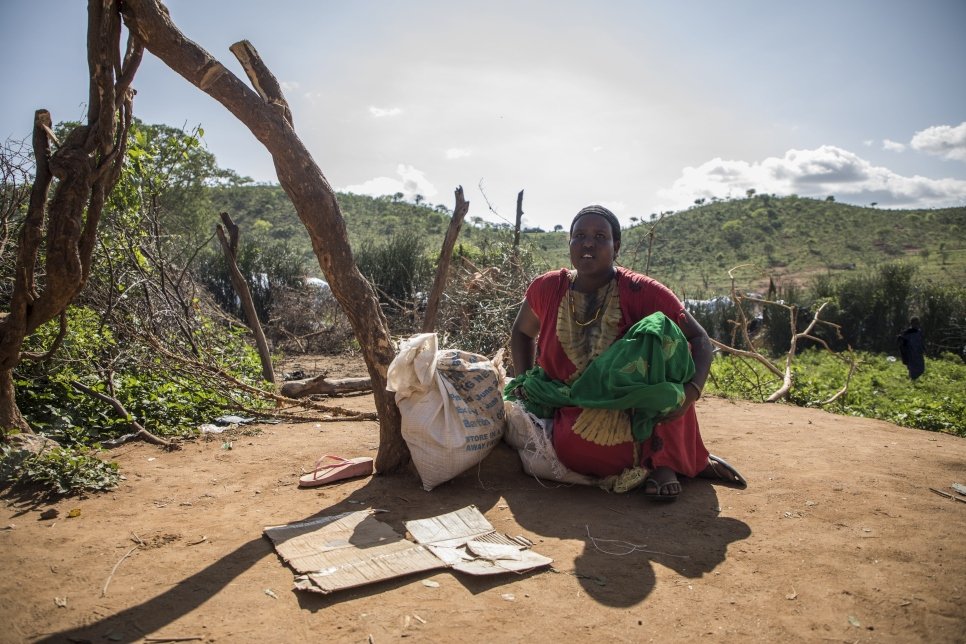