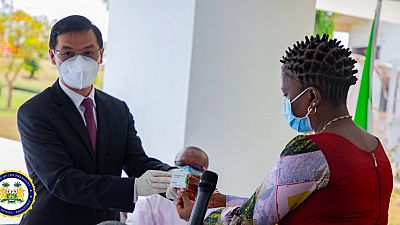 Chinese Ambassador to Sierra Leone, H.E. Hu Zhangliang, has presented 200,000 doses of the SinoPharm COVID-19 Vaccine to His Excellency President Dr Julius Maada Bio on behalf of the President and People’s Republic of China.

The donated items, which arrived in the country on Thursday 25 February 2021, also included 201,600 pieces of disposable needles and syringes.

In his statement before the symbolic handing over ceremony, Ambassador Hu said it was a pleasure to make the donation on behalf of his government and country, adding that the consignment of medical supplies was part of President Xi Jinping’s commitment to helping other countries manage the deadly Coronavirus.

He further expressed gratitude to President Bio for receiving the donation on behalf of his government and thanked the Minister of Foreign Affairs, Nabeela Tunis, the National COVID-19 Emergency Response Centre and all those who helped the delivery.

After taking receipt of the donation, President Bio expressed appreciation to the Chinese Government, emphasising that China had continually been of help to Sierra Leone whenever the small west African nation needed help.

He said: “A friend in need, is a friend indeed”, adding that Sierra Leone was grateful for the great show of friendship and assuring them of the intended purpose of the vaccines. 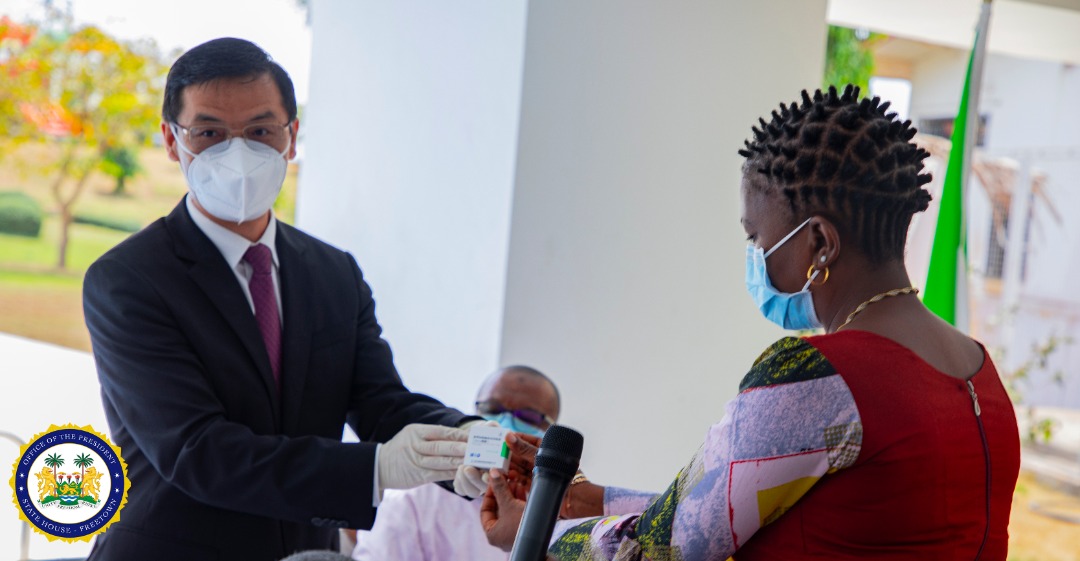