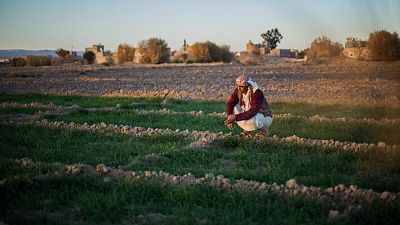 The Director-General of the Food and Agriculture Organization of the United Nations (FAO), QU Dongyu, has appealed for urgent aid to fight the humanitarian crisis in Yemen as UN agencies work to prevent a large-scale famine in the country.

The Director-General made the appeal in a video message recorded for today's virtual UN High-Level Pledging Event on the Humanitarian Crisis in Yemen, convened by the UN Secretary-General, António Guterres, and co-hosted by the Governments of Sweden and Switzerland.

‘'Today, over 16 million Yemenis are struggling to feed themselves, ‘' the Director-General stressed. ‘'Violence, disease, locust outbreaks, and lack of inputs have stripped away their livelihoods. ‘'

UN agencies are calling for $3.85 billion in 2021 to help 16 million Yemenis in desperate need.  Of this total, FAO is seeking $90 million – funds that the Director-General noted could assist 6.3 million people.

The Director-General indicated that, despite the many challenges, FAO had helped 1.2 million people in Yemen to keep producing in 2020.

About half of these received support in the form of livestock assistance such as vaccinations, feed, and support to dairy production. Another 400,000 received FAO assistance through the rehabilitation of water systems and infrastructure while cash-based transfers were provided to about 60,000 people.

FAO recently scaled up Desert Locust surveillance and control capacity in Yemen and in February conducted training workshops with the Ministry of Agriculture, Irrigation and Fisheries (MAIF) for those involved in surveillance and data collection. FAO is also working to safeguard livelihoods and promote early recovery for those farmers affected by the pest.

“When we provide families with emergency livelihoods assistance, we help them to produce and access a steady supply of nutritious food for a healthy diet – vegetables, livestock products, pulses and cereals,” the Director-General noted. “This is critical.”

“Well-established agri-food systems are crucial for durable peace, as has been proven by successful green revolutions in many parts of the world.”

In 2020, funding for aid operations in Yemen dropped dramatically. The UN and civil society partners received $1.9 billion, or around half of what they had received in 2019 and half of what was needed.

The UN Secretary-General, António Guterres, told the Pledging Event that life in Yemen had become unbearable, especially for children.

“Childhood in Yemen is a special kind of hell. This war is swallowing up a whole generation of Yemenis,” Guterres said.  “We must end it now and start dealing with its enormous consequences immediately. This is not the moment to step back from Yemen.”

The UN Under-Secretary-General for Humanitarian Affairs, Mark Lowcock, noted an adequately funded aid operation will prevent the spread of famine and create the conditions for lasting peace.

The agencies also warned that these were among the highest levels of severe acute malnutrition recorded in Yemen since the escalation of the conflict in 2015.

This year, aid agencies aim to help more than 16 million people. In light of alarming data on famine risk, malnutrition, COVID-19, and other threats, donors are urged to make funds available without delay.

Download logo
A farmer working in a wheat field in an area supported by FAO in Sana’a – Alhasbah, Yemen 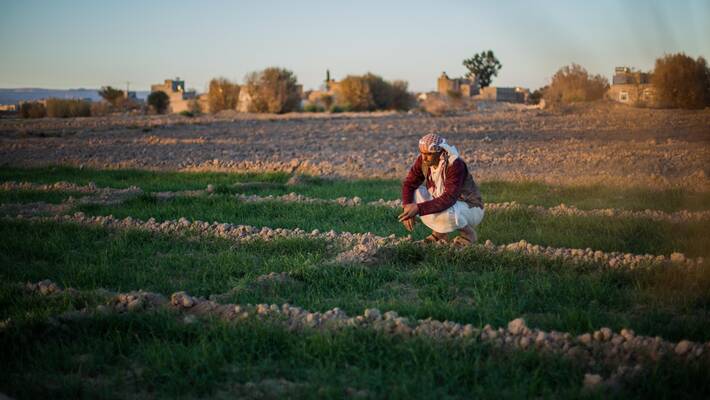