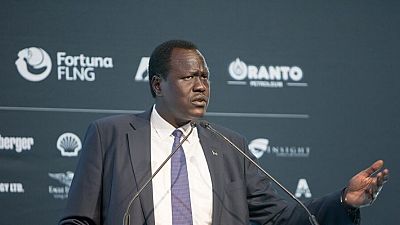 On 9 July 2011, the Republic of South Sudan was welcomed by millions of South Sudanese and the world as the world’s newest nation. Juba, the capital city of the republic, was flooded with people who came to witness its birth.

The Republic of South Sudan had allies everywhere – including in the IGAD region (Djibouti, Eritrea, Ethiopia, Kenya, Somalia, Sudan and Uganda), the African Union, United States, Europe, China, the Middle East and the UN. The people of South Sudan were received warmly in all corners of the world.

In the U.S., where I served as Head of Mission for the then Government of Southern Sudan (GOSS) to the United States and United Nations, President Gen. Salva Kiir Mayardit (who was then the First Vice President of Sudan and President of GOSS) was received with honor yearly in the White House by former US President George W. Bush – they would meet in the Oval Office from 2006 to 2009. The same goes with the former Secretary General of United Nations Ban Ki Moon.

From 2009, President Barack Obama showed the same respect and honor to President Kiir at the White House. President Obama on September 24, 2010, organized a meeting at the UN General Assembly to prepare world leaders to support the upcoming independence referendum in Southern Sudan. President Kiir at that meeting delivered a speech, already showing that he was the president-to-be of the Republic of South Sudan, as it was soon to be. People were excited about President Kiir’s readiness and revolutionary leadership spirit.

Dr. Susan Rice, with her “true love” and “unwavering support” for the people of South Sudan, was representing the U.S. as Ambassador to United Nations for President Obama. The world was standing with South Sudan as it prepared for the independence referendum on 9-15 January 2011.

At the United Nations, Chinese Ambassador Li Baodong, who was very close friend of mine, was rightfully informing the world about the readiness of the Chinese people and government to accept the outcome of the referendum. We would meet frequently and talk about what was happening in New York and at home in Juba.

In Europe and the Middle East, President Kiir was on tour, telling national leaders about the readiness and the determination of the people of South Sudan to be a free people.

On 9 July 2011, the country was born and a long-held dream was realized.

But not long after the triumphant celebration of independence and freedom, hell broke loose in 2013, and as leaders, we were blamed for an ugly and senseless war. It took us back to square one. Our staunch allies, and the world at large, were caught by surprise.

The Intergovernmental Authority on Development (IGAD), supported by the AU, the UN, the ‘troika’ (U.S., UK and Norway) and the EU stepped in and called for an immediate ceasefire and peace talks. Sudan People’s Liberation Movement (SPLM) factions gathered in Addis Ababa under the banner of IGAD. In less than two years, the Agreement on the Resolution of the Conflict in South Sudan (ARCISS) was signed on 17 August 2015. The country went back to war again in July 2016, but President Kiir and opposition leaders prevailed and the Revitalized Agreement (R-ARCISS) was signed in Addis Ababa on 12 September 2018.

We the leaders and the people of South Sudan must retrace our path and regain our allies around the world to help with the restoration of peace, stability, reconciliation and healing. This will allow us advance the agenda of the development of South Sudan.

It is not too late for us to reverse much of the damage that has been done. We were able to end the longest civil war in Africa with a dignified conclusion that paved the way for a peaceful, transparent referendum and our independence.

With President Kiir leading the way, championing the implementation of the R-ARCISS and addressing all the challenges our people are facing on daily basis, together with his vice presidents and the cabinet, I am optimistic that we shall overcome our challenges and regain our standing on the world stage once more.

The world is full of histories like ours. The difference is that we, the people, are now changing course, for the betterment of our nation and our future.

Distributed by APO Group on behalf of Ezekiel Lol Gatkuoth.

Amb. Ezekiel Lol Gatkuoth, former Petroleum Minister, Head of Mission for the Government of Southern Sudan to the United States and United Nations, recounts South Sudan’s early friendships and support, and charts a path to regaining its global partnerships.