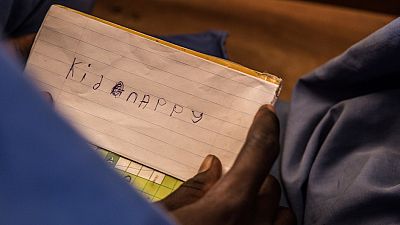 The United Nations Secretary-General has strongly condemned Wednesday’s attack on a boarding school in north-central Nigeria in which one student was killed and several students, as well as relatives and staff, abducted.

According to reports, gunmen stormed the Government Science College Kagara, in the Niger state of Nigeria, at around 2 am local time. Many students are also said to be unaccounted for, though the number is unclear and the information has yet to be confirmed.

In a note issued by his spokesperson on Wednesday, Secretary-General António Guterres reiterated that “attacks on schools and other educational facilities are abhorrent and unacceptable”.

The UN chief called on Nigerian authorities to “spare no efforts in rescuing those abducted and holding to account those responsible for this act”, the statement added.

Attacks a violation of children’s rights

The UN Children’s Fund (UNICEF) also denounced the attack “in the strongest possible terms” and called for the immediate and unconditional release of any children who may be missing, and their safe return to their families.

“Attacks on schools are a violation of children’s rights. Children should feel safe at home and at school at all times – and parents should not need to worry for the safety of their children when they send them off to school in the morning”, Peter Hawkins, UNICEF Nigeria Representative, said in statement.

“We acknowledge the efforts being taken by the Government of Nigeria for the safe return of any missing children”, Mr. Hawkins added.

The latest attack comes about two months after more than 300 students were abducted in a similar attack on a school in Kankara, Katsina state, about 280 kilometres (173 miles) north. The students abducted in that attack have since been released.

The abductions are a grim reminder of the April 2014 kidnapping of 276 girls from their school dormitory in Chibok by Boko Haram insurgents. Many of them remain missing.

Download logo
UNICEF | ‘Kidnappy’ a fear expressed by a child during an emergency exercise at a school in Nigeria. According to UNICEF, thousands of children have been kidnapped by armed groups in the country