Football development highlighted in visit to the Central African Republic 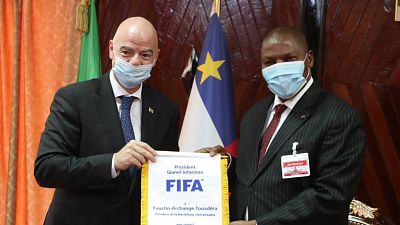 The Renaissance Palace provided the setting for the meeting with President Touadéra, where the strategy to introduce practical steps to encourage more young people to play football was discussed, together with the performances of the national team ‘Les Fauves' (the Wild Beasts) and their aspirations. Subsequently, the Central African Republic's Prime Minister Firmin Ngrébada bestowed the honour of the National Order of Recognition, which was awarded in the rank of commander, upon the FIFA President at the CAR PM's headquarters.

“I am truly humbled to receive this honour. Football can contribute even if just a bit to make people's lives a little better being a symbol of unity, peace and solidarity.,” the FIFA President said.

The timing of the FIFA President's visit was significant for a number of reasons. For the first-time ever, a team representing the Central African Republic qualified for a continental competition as they are competing in the 2021 Africa U-20 Cup of Nations, which is currently taking place in Mauritania.

“Football can play an important role in bringing people together and uniting them through their love of the game,” said the FIFA President Gianni Infantino. “[I am very happy] to work with President Célestin Yanindji and the federation, to team up with the government, to advance all projects currently in progress and some other which will follow.

“The country stops to watch or listen to the radio broadcasts of the matches of the national team. This is a football country, so it was about time for me to come to Bangui for the first time. FIFA needs to be present where football is played. FIFA has to be everywhere in the world, in all the countries. That's why it was about time that I'm coming, and I'm happy to be here.”

The FIFA delegation also had the opportunity to discuss the technical support programme (TAP), established as a partnership with RCA and FFF, with the funding from FIFA Forward. As a mid-term initiative, the programme aims to train and certificate coaches, encourage more youngsters to play football, to discover and develop talent, and to boost women's football. The visit to the Central African Republic provided the delegation with the opportunity to go through the details in the RCA headquarters in Gbangouma, where they also met with the association's staff.

“FIFA is working with the RCA and the government to introduce new initiatives through football, which will encourage young people to use the sport as a vehicle to learn new skills that equip them for the future,” the FIFA President added. “In addition, and together with the FFF, FIFA is implementing the first-ever technical support programme here in the Central African Republic. This is a pilot project, but it can serve as an example for other countries as well, and it is something we want to replicate in other parts of the globe.”

“I would like to thank FIFA for their support in helping to develop football in the Central African Republic, and especially, I would like to thank the FIFA President Gianni Infantino for being here in Bangui as it shows that FIFA really cares about how we are living football on the ground,” said RCA President Célestin Yanindji. “For us, FIFA is an essential partner. They have so many projects in mind, and they provide the necessary means to turn ideas into reality.”

“The message really, to all the people of the Central African Republic, is that FIFA is with them, that FIFA is here and present,” the FIFA President concluded. “We are here to invest. We are here to build. We are here to give hope and to give smiles. Concretely, not just with words, as we are speaking about concrete projects to help support and develop football.” 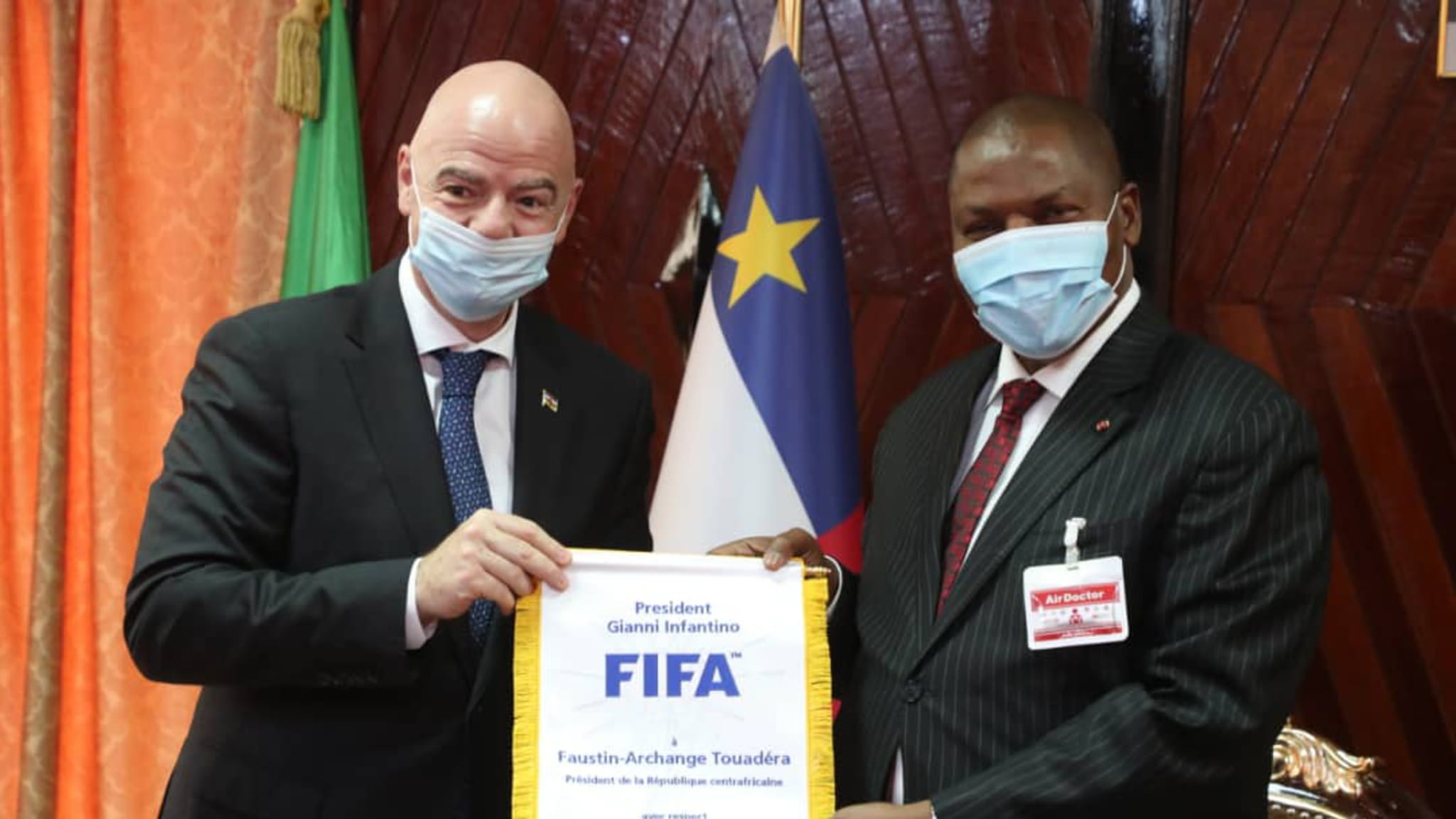