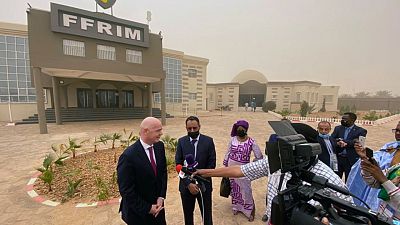 FIFA (www.FIFA.com) President Gianni Infantino has travelled to the capital of the Islamic Republic of Mauritania, Nouakchott for an audience with President of the Republic Mohamed Cheikh El Ghazouani. The FIFA President, accompanied by Mauritanian Football Federation (FFRIM) President Ahmed Yahya, discussed the country’s current successful hosting of the CAF U20 African Cup of Nations and the rapid progression of football development in Mauritania.

The meeting also highlighted the development in women’s football in Mauritania and the important investments that are being made in further promoting the sport across the country.

“The discussions with President Mohamed Cheikh El Ghazouani were very positive, and we are delighted to see his strong support for the development of football, not only in Mauritania, but across the Sahel region,” Gianni Infantino said. “The President has committed to be a strong partner to football and the evidence is there for everyone to see. By hosting the CAF U20 Cup of Nations, Mauritania has shown its ability to host not only local competitions, but also continental tournaments, which is a key factor in developing football domestically.”

The FIFA President also took the opportunity to visit Stade Cheikha Ould Boïdiya, which was totally refurbished via FIFA Forward funding. Officially inaugurated by the FIFA President in 2019, this return visit allowed the FIFA President to see the final product of the renewal process. This included a review of new facilities including a restaurant, cafeteria and merchandise shop, which both improves the fan experience and provides an important revenue stream for the FFRIM, as well as the expansion of the seating capacity from 6,000 to 8,200.

“The refurbishment of Stade Cheikha Ould Boïdiya is a great example of our FIFA Forward project in action and is a great case study for both the construction and operation of an excellent football facility, especially as it plays an important part in hosting the ongoing CAF U20 Cup of Nations,” the FIFA President added. “This facility is an example not only for Africa, but for the world. It shows precisely how FIFA Forward funds should be invested to help facilitate football being played and enjoyed. It is great to see this stadium at the service of the local community in Nouakchott.” 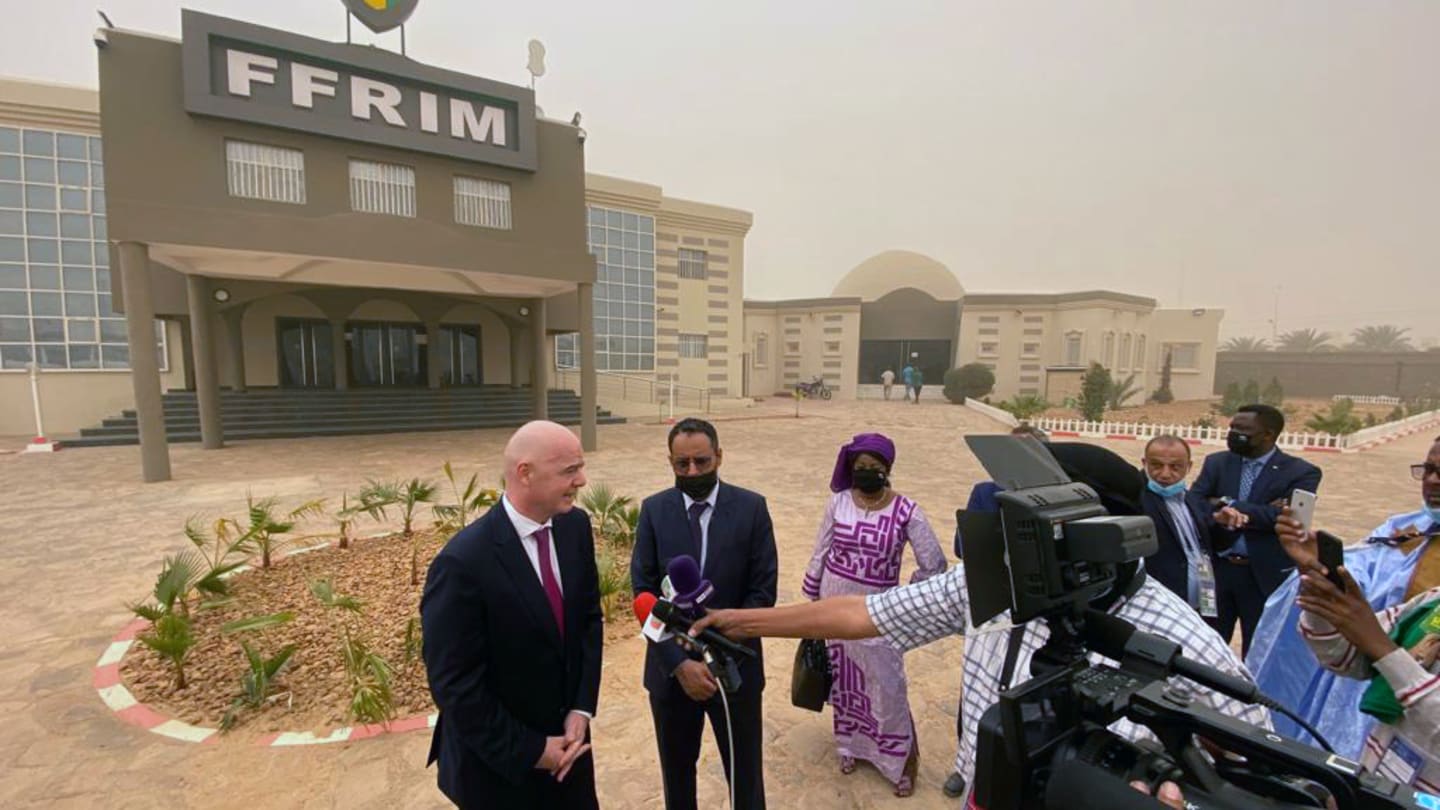